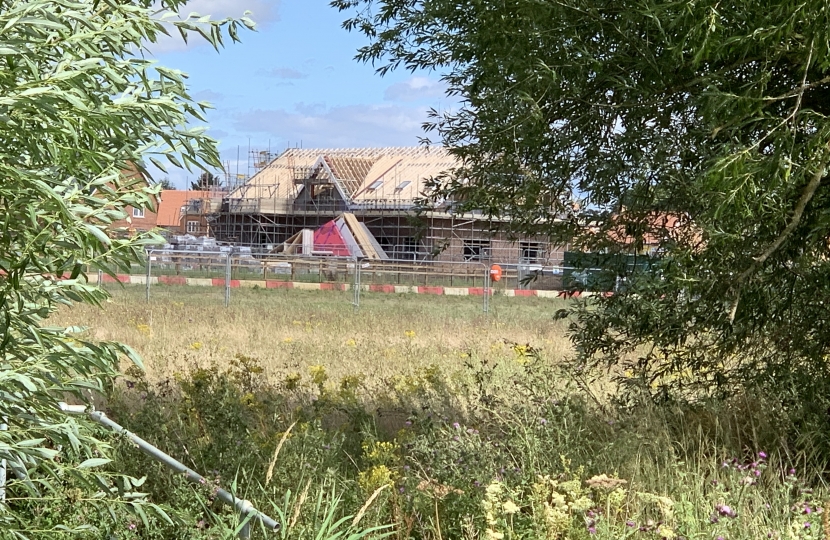 The Local Development Plan for an area is made up of the district council’s Local Plan and relevant Neighbourhood Plans. But does it do what it says on the tin? Does it set out what is going to happen locally to make sure that houses will be built and that they will be accompanied by appropriate infrastructure?  It does neither of these things at present because, first, the process of getting infrastructure is often separate and divorced from planning; second, interposed between the Plan and the delivery on the ground is another stage to go through – obtaining planning permission, and third, the whole length of time to produce a Local or Neighbourhood Plan is absurdly long. You might ask why so much effort is put into producing Local Plans which only set out a very rough guide to where development can take place. Why when so many councillors are involved in producing a Local Plan does the Plan not also grant planning permission rather than leaving this important decision to a later stage and an incredibly expensive and confrontational appeals system. If we get this right, we can produce Local and Neighbourhood Plans which count and do something that is useful and helpful. It will also help give meaning to Local and Neighbourhood Plans and it will give them more power. Developers will have to work with communities to ensure that plans are comprehensive and acceptable and that the whole process can reduce the time taken to get planning permission down. It will also mean that there will need to be a quicker and better decision-making process for determining outstanding matters such as highways issues, design and climate change.

So, as I undertand, what is proposed is a system which allows land to be evaluated under three headings: development, renewal and protected. The first of these contain sites where planning will be allowed automatically subject to complying with other regulations such as design. The second category will benefit from sites which will be allowed planning permission in principle subject to a whole range of mitigation factors. The third category will include Green Belt and AONB. This is not a case of handing control of planning over to the developers. The Local and Neighbourhood Plans will still determine which sites are included in which category. Nor is it a blueprint for rabbit hutches of houses as this will almost certainly need strengthened design codes. But, it does mean that Councils can concentrate on these areas to get the best deal rather than on the more basic issue of whether an application gets permission or not. I have long argued that the way to achieve this is not through a process that can lead first to litigation but through a process of mediation that is cheap, quick and effective and is used in so many other areas. What this means is not that local people will be cut out of the process but that they will have to concentrate their efforts on the plan-making element as this and decision-making become one and the same thing. It also means that Planning Inspectors and Examiners will need to look at all Plans in a different way in order to pick up the suitability of sites listed for getting permission rather than just for inclusion in a future plan. That is what lies behind the changes that are being proposed to the planning system. It is not an attempt to make Neighbourhood Plans, in particular, less important but more important and to make sure that the effort spent on them is truly effective.

In South Oxfordshire, the amount of land taken up by all development is about 6%. That does not seem to me to be a lot. Moreover, it is a proportion of land take that does not satisfy the need for housing that people who come to my surgeries require even in this relatively affluent area. It does not allow people to move swiftly from A to B. It does not provide young people with the good jobs they require. But the question we must ask is can we provide these things more quickly and, therefore, cheaply so that young people do not have to wait for ever for their new home to be given permission let alone to be built or to find their new job.

NOTE: An overview of the planning reforms has been heralded by the Secretary of State. Details will be set out in the policy paper 'Planning for the Future' which is due to be published on 6th August.