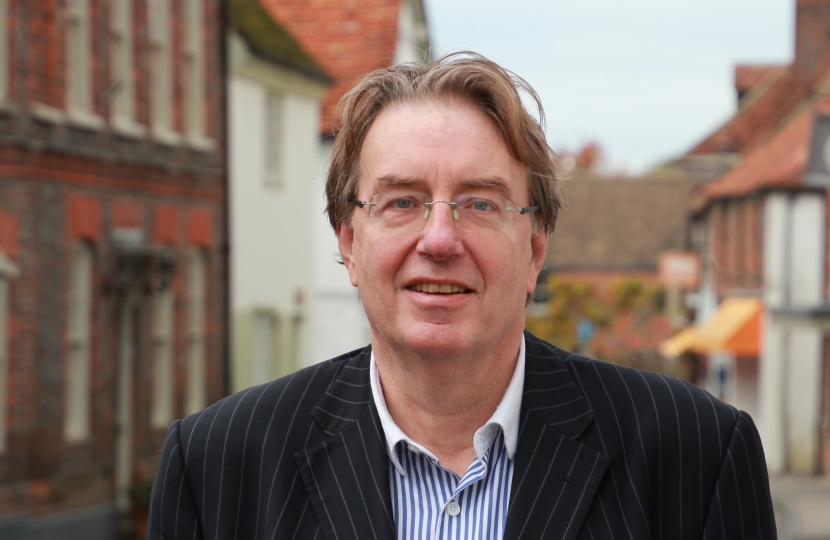 John has lived in the constituency for almost 30 years and was elected to Parliament as the MP for the Henley Constituency in June 2008. Since being elected John has held a number of positions both in Parliament and representing the UK internationally. Most recently John has been appointed Leader of the British Delegation to the Council of Europe. He is also Vice-President of the Council and acts as a deputy Speaker equivalent for the Parliamentary Assembly.  The Council of Europe is not part of the EU and covers 47 European countries.

John is also the Chairman of the Industry and Parliament Trust which arranges discussions and secondments for MPs with industry, Government Champion for Neighbourhood Planning, a Vice-Chairman of Conservative Friends of Israel and a Trustee of the Holocaust Memorial Day Trust.

Early in his parliamentary career John took an interest in planning and was the originator of ‘Open Source Planning’, a paper which inspired the reform of the planning system. As a Member of the Justice Select Committee John pursued ways to making the legal system more accessible especially through mediation rather than court cases. John has been admitted as an Associate into the Chartered Institute of Arbitrators in recognition of his work, enabling him to practice in this area should he wish to do so.

As an MP, John brought with him a wealth of experience from his previous work in politics, business and broadcasting.

In local politics John was a County Councillor representing the Dorchester and Berinsfield Division and served on the Cabinet of the County Council as Member for Change Management. In this role he steered a programme to bring together support services producing efficiency savings which freed up money for front line services. He was also a Parish Councillor in Warborough.

John’s business career has spanned a range of activities. Having studied prehistoric archaeology at Edinburgh and then at Oxford, where he gained his doctorate, John went on to become a tax inspector with the Inland Revenue. He later became a partner in Ernst & Young where he advised major companies. Whilst with Ernst & Young John was appointed to the UK Trade and Investment International Advisory Panel and played an influential role in work to move central and eastern Europe towards democracy and market economies. This included leading UK business delegations to G7 meetings. It was for this work that John was awarded the OBE in 2000.

Following that John turned to broadcasting where he became a reporter and television presenter for the BBC World Service commenting on key international stories of the time. He also made a series of programmes on Bangladesh showing the country as it was and was the first western reporter to interview the first democratically elected President of Mongolia on camera. John left the BBC to set up his own media production company working on national and international projects involving visual communications. He also provided media training to leading companies and to Government.

Through all of this John has never lost his interest in archaeology which has been recognised in his being made a Fellow of the Society of Antiquaries.

Government appointments that John has held in Parliament include:

Paid work outside of parliament.

Since becoming an MP John has done a small amount of consultancy work for outside organisations which has made use of his background in media and planning prior to entering Parliament. For example, John specialised in presenting complex planning applications as easy-to-understand films.

Between 17th September 2019 and 1st November 2021 John was an associate with SP Broadway providing ad hoc strategic advice on planning and development matters. SP Broadway provides communications and public affairs assistance on development projects; it also runs regular round table discussions between local government leaders across the political spectrum and those bringing forward development projects. These were designed to improve communication between all parties. The agreement with SP Broadway was that John would not provide any development advice relating to the Henley constituency. This ensured that he could continue to act with independence as the Member of Parliament.

John’s relationship with SP Broadway ceased on 1st November 2021 due to the additional work required of him as Leader of the UK delegation to the Council of Europe which left little time to provide strategic advice to SP Broadway.

From July 2015 to August 2016 John was a non-executive director of Local Dialogue, a consultancy providing similar advice to SP Broadway including built environment projects.

Prior to entering Parliament John had his own media consultancy business, Media Presentation Consulting Ltd which was closed in August 2010 having been dormant since John became an MP.