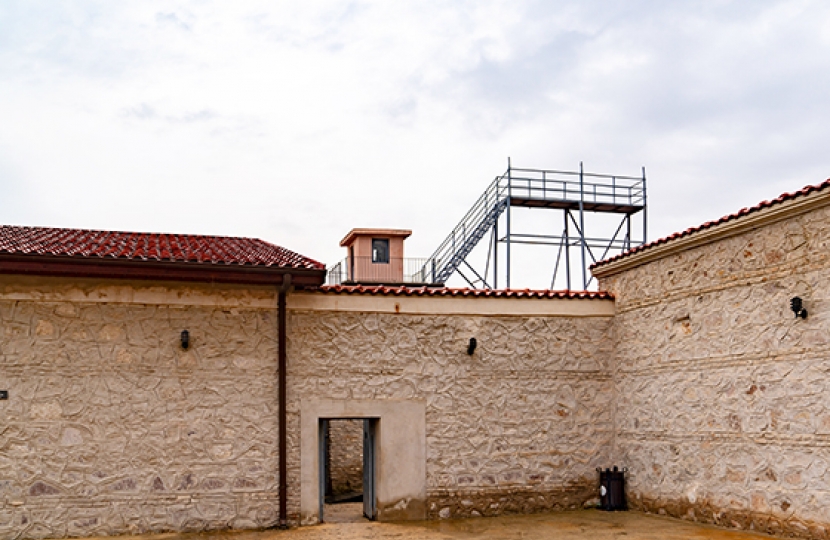 John has  welcomed the adoption on 14 April of the Criminal Enforcement Law, allowing the early or conditional release of 90 000 prisoners to prevent the spread of the COVID-19 pandemic in overcrowded Turkish prisons, but has expressed regret at the discriminatory approach with regard to certain groups of prisoners.

John made the original plea in his role as a Council of Europe co-rapporteur for the monitoring of Turkey together with colleague Thomas Hammarberg from Sweden. (https://www.johnhowell.org.uk/news/council-europe-monitoring-turkish-prisons)

Referring to their previous statement the PACE monitoring co-rapporteurs added:

“The adoption of urgently-needed measures to safeguard the health of prisoners, detained persons and prison staff is to be welcomed. However, we deeply regret that the Turkish parliament has not treated in the same manner detained politicians, journalists, academics and other civil society activists charged with ‘terrorism’ in unfair trials, and has not allowed them to enjoy equal sanitary preventive measures.”

“We remain in full solidarity with the Turkish people and authorities in their fight against the pandemic. It would be to the credit of the Turkish authorities to adopt a humanitarian approach and not to inflict deliberate and additional harm on those detained on political grounds, especially those facing serious health problems. We therefore urge them to ensure that these prisoners are also released.”

“We remind the authorities that Turkey, as a Council of Europe member State, must take full and serious account of the recommendations issued by the CPT, the Council of Europe’s anti-torture committee, on the fight against COVID-19 in places of detention, as well as previous rulings of the European Court of Human Rights on the politically-motivated detentions of, among others, leading politician Mr Demirtas and philanthropist Mr Kavala, including the need to release them. Their fate is shared by many other Turkish citizens who remain detained or imprisoned for opinions they have expressed. In the context of the fight against the COVID-19 pandemic, this situation is all the more unbearable.”

“We therefore expect the Turkish authorities to take the necessary legal steps to redress this injustice. We have been informed that the opposition has seized the Constitutional Court, which we would expect to take a swift decision guided by the values and norms of the Council of Europe. We also hope the Turkish parliament, which is currently celebrating its 100th Anniversary, to make full use of its oversight powers and to monitor the effects of the law.”