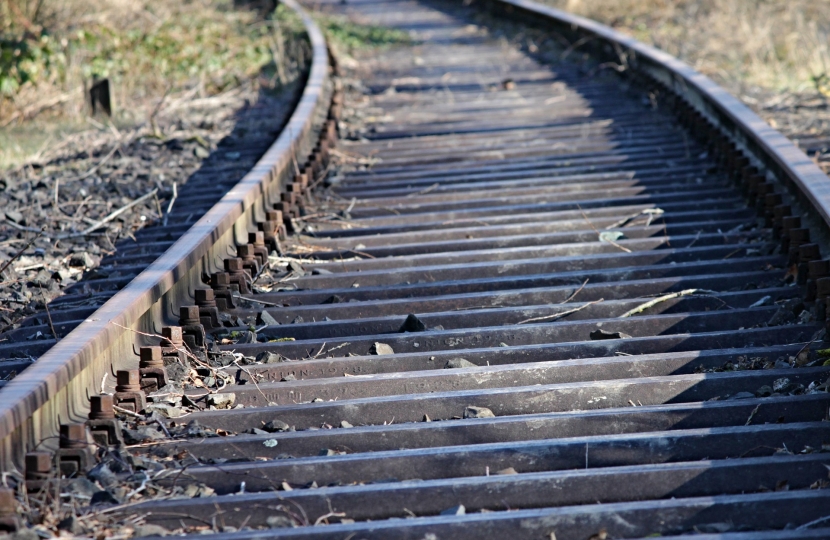 John has welcomed the Government’s new £760 million funding pledge to help deliver the next phase of East West Rail, benefiting people across the constituency.

This investment marks an important milestone in the delivery of East West Rail, which will provide better connectivity along the Oxford-Cambridge arc and shorten journey times between routes outside of London, stimulating economic growth and serving major new housing developments. The works between Bicester and Bletchley are expected to create 1,500 new jobs. This phase of the project will include the construction of new stations at Winslow and Bletchley as well as enhancements to existing stations along the route. By 2025, two trains per hour will run between Oxford and Milton Keynes via Bletchley.

John said: ​​​​​​“At the 2019 general election, I was elected on a pledge to level up infrastructure across the country – and this £760 million investment in our local railway delivers on that promise. I am delighted that the Henley constituency, particularly in the north of the constitiuency, will benefit from the delivery of this next phase of East West Rail, which will help to reconnect smaller communities, regenerate local economies and improve access to jobs, homes and education. This shows how this Conservative Government is committed to building back better across every part of the United Kingdom as we recover from coronavirus.”

Alongside the new funding for East West Rail, John also welcomed the Transport Secretary’s call for bids for a share of the third and final round of the Department for Transport’s ‘Ideas Fund’, which awards up to £50,000 each to develop schemes to restore stations and railway lines.

This announcement forms part of the Government’s commitment to build back better from the Covid-19 pandemic and level up transport infrastructure across the country by investing in rail connections that will help boost economic growth, unlock new housing and create jobs and opportunity.

Also commenting on this the Transport Secretary, Grant Shapps said: “Restoring railways helps put communities back on the map and this investment forms part of our nationwide effort to build back vital connections and unlock access to jobs, education and housing. Returning these routes to their former glory, and progressing work to reopen even more lines and stations, shows our commitment to levelling up journeys across the country as we build back better from the pandemic.”

The Government is levelling up our railways by:

This funding is part of the commitment to build back better after coronavirus by: