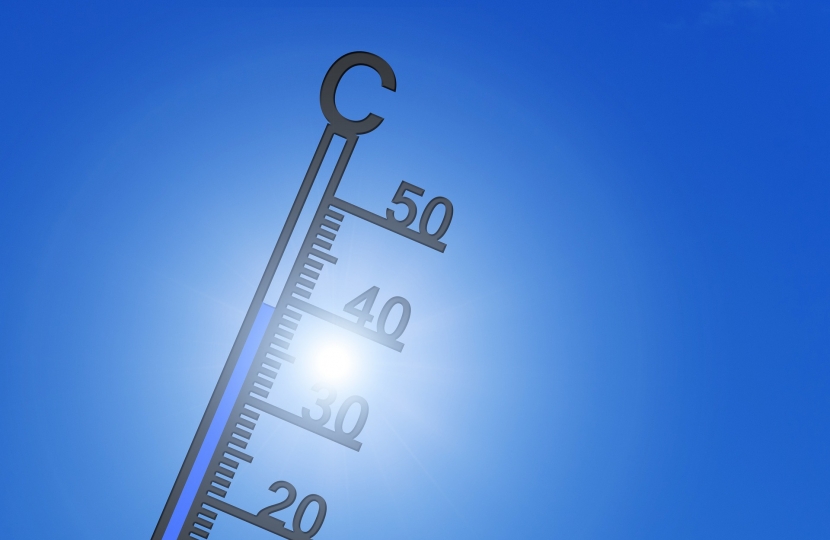 I share the concern about the consequences that will result if we do not see global action to tackle carbon emissions.

We had the landmark Paris Agreement of 2015 which aims to halt global warming at well below 2°C, while pursuing efforts to limit it to 1.5°C. Then at the G7 in June, under the UK's Presidency, world leaders committed to achieve net zero by no later than 2050, and halve their collective emissions by 2030, compared to 1990 levels. This will limit the rise in global temperatures to 1.5°C.

I strongly believe that, in order to meet the temperature goal of the Paris Agreement, the world must collectively and rapidly reduce global emissions to net zero over the next 30 years. This will ensure that we are less exposed to flood and heat risks, and that we are in a position to preserve our natural world, which is threatened by the global disruption of climate change.

While this will take time to achieve, it is vital that work is already underway. As such, I have already expresed my support for the publication of the Prime Minister’s Ten Point Plan for a Green Industrial Revolution. The plan will mobilise £12 billion of Government investment to create and support up to 250,000 green jobs. It includes investment in carbon capture technology, hydrogen, and a commitment to end the sale of petrol and diesel cars and vans by 2030, 10 years earlier than planned. The Government's recently published Net Zero Strategy, which builds on the Ten Point Plan, sets out how the UK will secure 440,000 well-paid jobs and unlock £90 billion in investment in 2030, on its path to ending its contribution to climate change by 2050. It includes a comprehensive economy-wide plan for how British businesses and consumers will be supported in making the transition to clean energy and green technology, thereby lowering the Britain’s reliance on fossil fuels by investing in sustainable clean energy in the UK, reducing the risk of high and volatile prices in the future, and strengthening our energy security.

The UK has an ambitious target of achieving at least a 68% reduction in greenhouse gas emissions by the end of the decade, compared to 1990 levels, but I am delighted that the Prime Minister has gone even further, and set the world's most ambitious climate target into law to reduce emissions by 78% by 2035, also compared to 1990 levels. This is consistent with the Paris Agreement temperature goal to limit global warming and also will take the UK more than three-quarters of the way to reaching net zero by 2050.

The UK is taking world-leading steps to combat global warming, but it is an issue that requires global attention and international action. This November the UK will bring together world leaders, climate experts, business leaders and citizens from across the globe to agree ambitious action to tackle climate change at COP26. Further, the UK will use its Presidency to work to four clear objectives which will allow the world to keep the prospect of limiting global temperature rises to 1.5C alive, thereby avoiding the worst of climate change damage:

I am pleased that the UK Government is taking decisive action to tackle climate change and, ahead of hosting COP26 in Glasgow in November, the UK will continue to call for further global efforts.