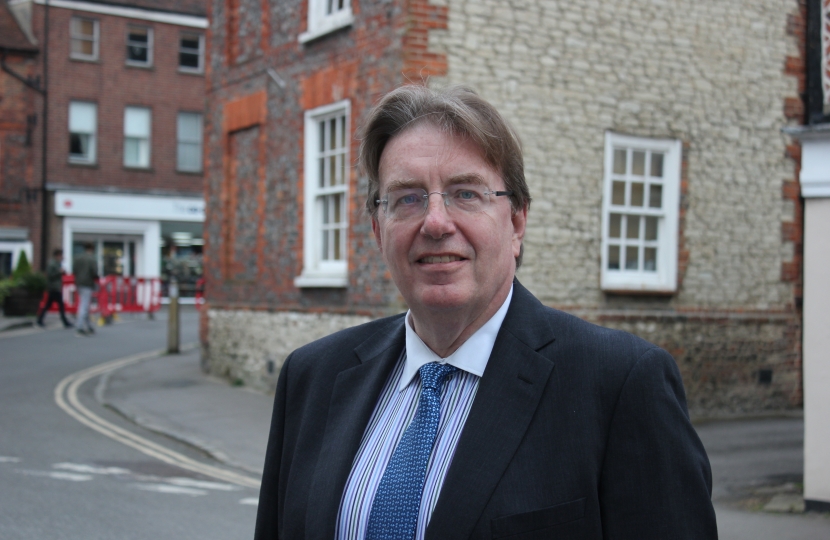 A new organisation has been set up to represent the views and aims of Neighbourhood Development Plan (NDP) groups across Oxfordshire. John has been invited to be their Patron. The ONPA will promote and raise the profile of neighbourhood and community planning in Oxfordshire, share best practice and monitor how effectively NDP policies are being applied across the county.

John said: "I am delighted to become Patron of this new group. Neighbourhood Plans give communities a real say in their own future. Once adopted, Plans become part of the suite of formal documents in the planning system and are used to help inform planning decisions. Many people in communities put a huge amount of work into producing the Plans and I will be pleased to be able to encourage and support them."

Neighbourhood Development Plans (NDPs) are a powerful and democratic planning tool with roots in the Localism Act (2010), which gave local communities more control over housing and planning decisions. There are currently 33 NDPs in Oxfordshire, representing 123,000 people. Many thousands more are involved with the 30 other NDPs in the pipeline at this time.

Martin Lipson, ONPA chair, said: "Some local authorities in Oxfordshire work jointly with NDP groups to reflect the intentions of their policies when making planning decisions, but other authorities evidently don’t. It is part of ONPA’s remit to encourage local planners to use every tool at their disposal. NDPs represent the aims and aspirations of local communities at a level of detail and local knowledge that adds significantly to the quality of planning decisions."

John is the Government Neighbourhood Planning Champion. He meets with groups across the country to advise and encourage them as they develop their plans.