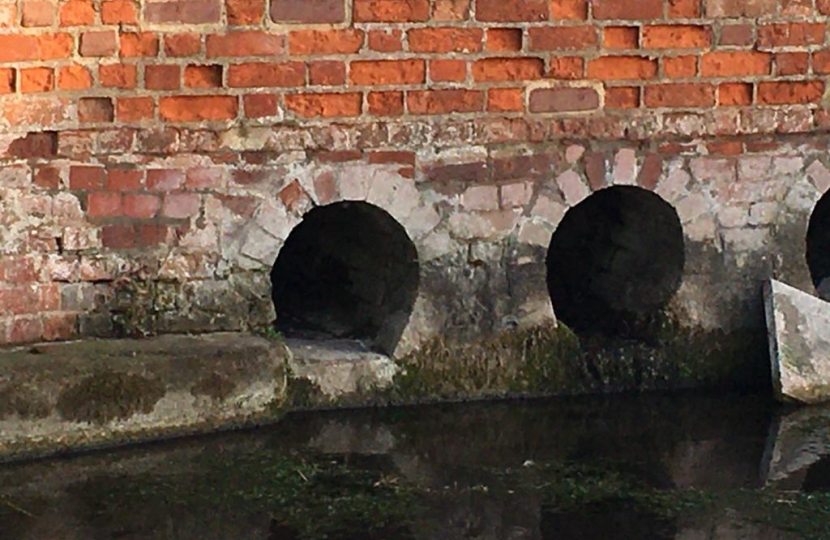 The debate on the Environment Bill continues as it makes its way through the House with further amendments proposed to refine the detail of the BIll. This week John supported the Government’s amendment which will make a significant improvement to previous amendments. As a result of the amendment more robust action on the reduction of the amount of sewage being released into our rivers and water sources thorugh storm overflows. The amendment requires that “a sewerage undertaker whose area is wholly or mainly in England must secure a progressive reduction in the adverse impact of discharges from the undertaker’s storm overflows … reducing adverse impacts on the environment and reducing adverse impacts on public health.”  This duty needs to be seen alongside the other provisions in the Bill which give Government a power of direction if water companies do not take effective action.  In addition, water companies are held to account by the new Office of Environmental Protection introduced by the Bill.

John said: “One of the prime movers of this part of the Bill, Phillip Dunne MP, who introduced a Private Members Bill on the subject, is happy with what the Bill now  proposes.  Ministers have met the water companies today and it is Ministers who have responsibility to produce a plan to reduce sewage discharges where the detail will be set out.  There is effective action both in the Bill and outside against water companies who do not take sewage reduction forward.  The complete elimination of discharges from storm overflows would be extremely challenging. Initial assessments, despite low-ball figures put forward in the press, suggest that total elimination could cost anywhere up to over £600 billion and could lead to raw sewage in homes and on streets. I do not believe that is in the interests of my constituents.”

Philip Dunne MP said:“The water companies have an existing duty to treat sewage “effectually”, which has existed since 1991, and the new amendment does not replace nor override this duty. The problem is that this duty has not been enforced. The new duties and the focus on preventing sewage discharges which this growing awareness and debate has prompted, will place greater pressure on the Environment Agency, Ofwat and DEFRA to require investment in treatment infrastructure. The Government amendment will require water companies to progressively reduce the impact of sewage discharges on the environment and public health. This is a legal duty which will be delivered through the new requirement already in the Bill for each water company every 5 years to publish a formal Plan to show how it will achieve and fund reductions in sewage discharges each year.”

John added: Everyone has always voted for less sewage to be emptied into our rivers. Having listened carefully to the arguments put forward I believe that this latest Government amendment is the best way of achieving this.”