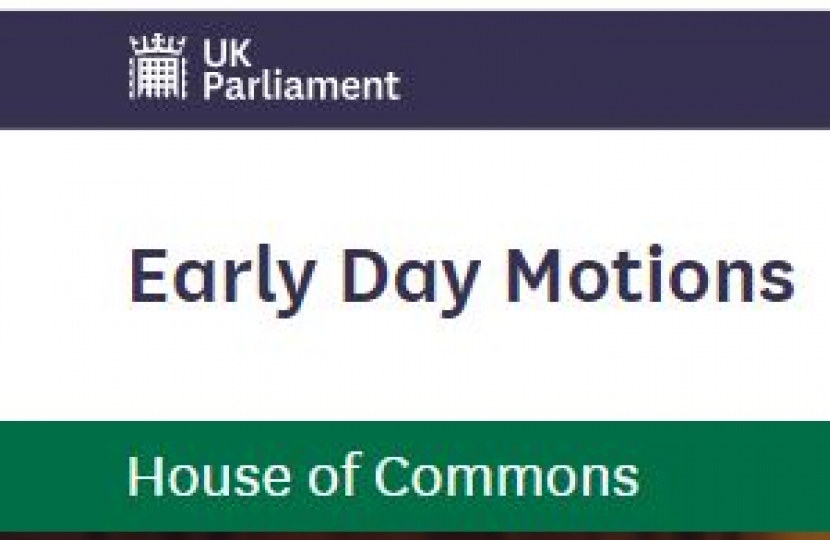 Early Day Motions (EDMs) are motions that formally call for debate in the House of Commons on a day which has not been fixed. This means that few, if any, are debated.  Along with many colleagues on both sides of the House I do not sign EDMs. I realise that some people are disappointed when they learn that I will not sign an EDM and so I explain here why I will not do so. They are hugely expensive to administer, described as  "highly narcissistic" and they are often not written by the MPs who table them.  They serve no useful purpose.

Instead there are many other more effective ways for an MP to raise an issue or lobby government. These include writing to Ministers, meeting with Ministers, asking Parliamentary Questions (which can be written for oral) and holding Westminster Hall debates. Over the years I have frequently raised numerous concerns in these alternative ways. Whilst EDMs can only be signed by MPs we now have e-petitions which can be signed by anyone. These have much more success in raising awareness of different issues and are debated.