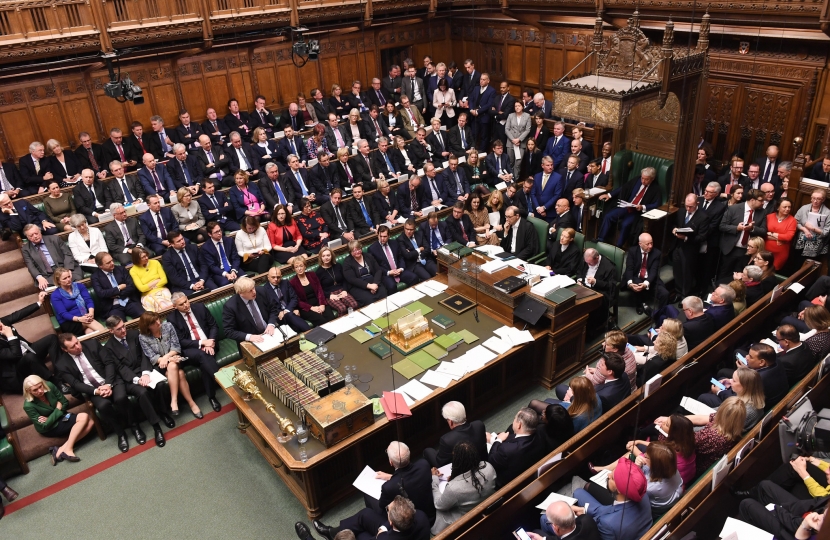 Over the past few months I have been out on the doorsteps across the constituency talking to people about the issues that matter to them. Those issues include housing, the NHS, Social Care, and Education. The majority of people I have spoken to when pushed on Brexit simply said: “Just get it done.”  That comes from Remainers and Leavers alike. I agree with that view.  We are all, however we voted in the Referendum, simply fed up with the lack of progress and the games people are playing for party political ends to delay, disrupt or revoke the referendum decision. As a Remainer I did not want to leave the EU. But as a democrat I accepted that I lost that vote and we need to move decisively forward.

I had hoped that on Saturday we might be able to get agreement to get this matter finished and move on. Parliament has said that it wants a deal and it now has one without the Backstop. This revised deal was something the EU had previously said it was unwilling to consider. As a member of the group “MPs for a Deal”, it is precisely what I wanted. I do not accept that this deal is worse than that negotiated by Theresa May. Like many MPs I am committed to seeing appropriate regulations for the highest standards of environmental protection and workers’ rights enshrined in UK law.

However, the party political tactics that are being played out in relation to this deal only serve to ensure that we limp on. The amendment tabled by Sir Oliver Letwin MP, for example, has this precise effect and leaves us at greater risk. We need to agree a deal to allow an orderly exit with some certainty of the way forward and to maintain good relations with the EU. The transition period envisaged by the deal allows us time to iron out the details.

I cannot tell what will happen in the week ahead. I share the feelings of those constituents who are fed up with Parliament. But remember, 306 of us voted for the deal. We are not all the same. Continued arguing and delay is damaging to public faith in democracy and damaging to the reputation of Parliament.  Most importantly, it is damaging too to the international reputation of the UK as a whole.

John has signed the Holocaust Educational Trust’s Book of Commitment, in doing so pledging his commitment to Holocaust Memorial Day and honouring those who were murdered during the Holocaust as well as paying tribute to the extraordinary Holocaust survivors who work tirelessly to educate young pe