John comments on the Prime Minister 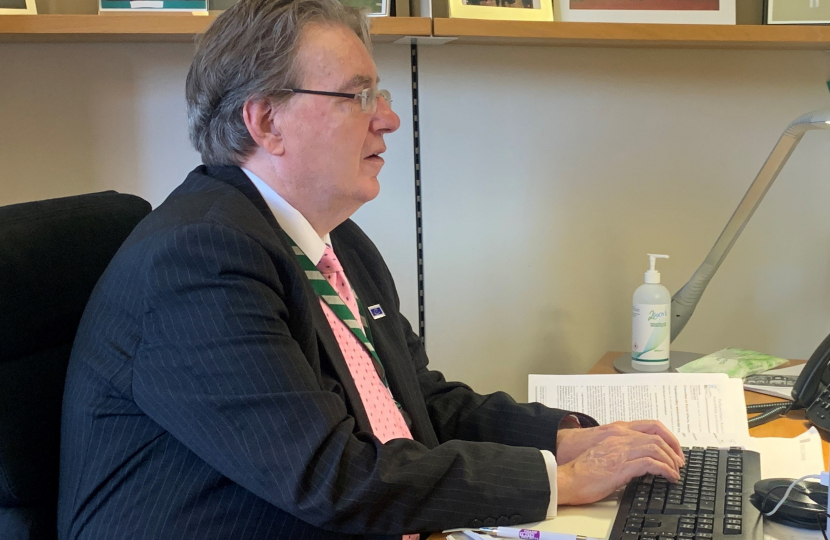 At the preset time the decision on the fate of the future of the Prime Minister, rests with me and my colleagues. I do not believe that it is a straightforward decision to make. In this piece I have tried to unpick the criticisms made.

Some of the emails I have received criticising the Prime Minister clearly come from those who have all along opposed the Prime Minister, what he is trying to achieve, and his policies. Few of such emails specifically mentioned the Sue Gray Report or the associated Metropolitan Police report and a number are from people who have been historically anti-Conservative. For those who do not consider his approach to running the country the best direction for us, the General Election is the place to express this; it is not for a vote of no confidence. Similarly, many refer back to the EU referendum campaign which again is no reason for a vote of no confidence. We have had a General Election since then which the Prime Minister won with a good majority. A further group have highlighted his personal characteristics. Typical are those who claim to be ashamed that he is apparently so transparently self-serving. This is not a reason for a no confidence vote either.

The questions are much simpler than this. They are: whether the Prime Minister should accept responsibility for the activities described by Sue Gray by resigning by resigning, and, should he have resigned when fined by the Police?  I think the political games being played over these issues are unhelpful; for example, whether the Leader of the Opposition should resign over drinking beer and eating curry in Durham.

The Prime Minister has apologised and clearly set out his side of things – but is this enough?  The Prime Minister has also made significant changes in No10 including a new Permanent Secretary charged with applying standards of governance as well as easier ways for staff to voice concerns. Is this enough too? What does Sue Gray say about this?  She has written, for example, that she is ‘reassured’ by the reforms undertaken. It  is essential to look at the whole report in detail if we are to avoid the overwhelming emotional response that has characterised much of our media and newspapers. I have to decide whether the current campaign against the Prime Minister has any substance or is simply a media smear campaign.

There is also the question of whether Boris Johnson misled Parliament and this is the subject of a separate enquiry in Parliament. I am not going to prejudge the outcome of this but will comment on aspects of the changes to the Ministerial Code which, contrary to some rumour, have not been changed ‘to save his skin’.

The Ministerial Code does not take away words such as honesty, transparency and integrity. They are included in Appendix A which is an integral part of the Code rather than just in the Forward. Second, the Code itself says that its purpose is to include integrity in public life. Thirdly, Paragraph 3.1.c states clearly that Ministers who lie to Parliament will be expected to resign. Lastly, the power it gives to the Prime Minister to punish minor breaches with a range of punishments rather than lose their job merely confirms what was already the case.

So, in concluding; there have undoubtedly been things that have not been helpful but they have been magnified by a media campaign to destroy the Prime Minister’s premiership. The bottom line for me in this is that having examined all the evidence so far I can see no reason to put in a letter now to the 1922 committee asking for a vote on whether we, as a group of MPs, have confidence in him. I do have some sympathy for the Prime Minister. Having won the General Election with a big majority his administration was assailed by Covid and a completely unprecedented series of circumstances to which no one has the answer. As a result, he was not able to implement what we both stood on in the manifesto. I want to see us move faster in implementing the changes we voted for. There is certainly responsibility to deliver on the rising cost of living, on the aftershocks of Covid, against Putin’s aggression, and on levelling up across the UK.  He, of course, has my support for these and my sense of urgency in needing them to happen.