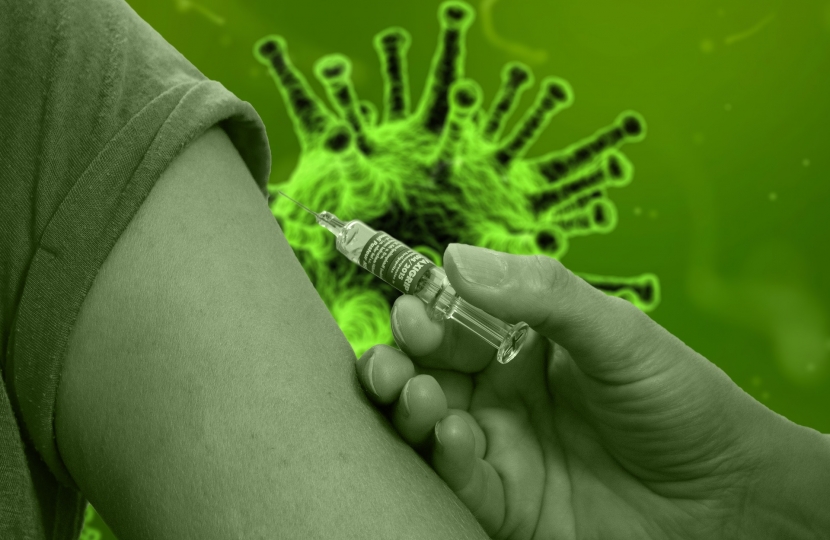 There are, perhaps inevitably, a wide range of views on the final stage of lifting COVID 19 restrictions on 19th July. I know that some people cannot wait for every restriction to go, some are concerned about specific situations, and others are worried at the easing of any further restrictions. In the past 16 months we have become used to the rules we have had to live by and freedom can be both welcome and worrying. However there are many reasons why we need to move forward and as the Prime Minister, the Secretary of State for Health, the Chief Medical Officer and the Chief Scientific Advisor have all agreed, there is and never will be a perfect time. The Prime Minister is very clear that the pandemic is not over and that we must proceed with caution in this final stage.

Like many people I have been hugely impressed at the steady guidance from Professor Chris Whitty and Sir Patrick Vallance over recent months. I listened carefully to their briefing on Monday in which they made some very important points in support of the Prime Minister’s decision to move to the fourth stage of the Recovery Road Map. This is not a reckless decision, as some have said, but is based on proper assessment of the data and advice from experts. As Chris Whitty stated there is wide agreement in scientific and medical circles in three key areas relating to the decision:

There is less agreement on the ideal date for easing restrictions further because, as Professor Whitty says, there isn’t an ideal date. However the summer education break and the better weather provide a good set of circumstances, better than when schools return and the autumn draws in. As Sajid Javid has asked “If not now, when?”

Some people have written suggesting that we must not remove all restrictions at once. This is not what the Government has done. The Prime Minister published the Roadmap, a step by step plan for easing restrictions in February. We followed the first, second and third stages as originally planned and then delayed for a further 4 weeks before moving to this final step four. This is the final stage of a gradual process.

One of the biggest concerns appears to be over the use of face coverings. Some people would prefer regulation rather than personal discretion. The Prime Minister has been clear that this should be on the same principle as lifting every other regulation, that we move to personal responsibility both thinking about ourselves and others. He is also very clear that there is strong guidance that in crowded places where we meet with people with whom we do not usually mix then we should still be wearing face coverings. Public transport has been cited as a particular area of concern but there is a vast difference between public transport in rush hour and public transport at other times when someone can be alone on a bus or in a train carriage. This is a good example of where discretion is needed. That the Mayor of London and the First Minister in Scotland have both decided to keep face coverings in certain circumstances is perfectly justifiable. Further, I do not think that there are plans to rush to remove the clear protective panels that have been installed to protect staff in many settings.

We have to remember that when we first went into lockdown it was to prevent the NHS becoming overwhelmed. The purpose was to reduce hospitalisations and deaths.  With the vaccine we have substantially weakened if not broken the link between the virus, hospital admissions and death. I strongly encourage those who are hesitant about having the vaccine to come forward for it. It protects not only the vaccinated person but others as well. During recent months medical professionals have also identified a number of drugs that are effective at treating COVID 19 symptoms making  treatment of symptoms and recovery more possible.

So on the basis of the evidence I am supportive of the decision to move to this next stage and strongly support the call to caution. We have to move slowly and carefully. I reiterate what the Prime Minister said - We cannot simply revert instantly from Monday 19th July to life as it was before Covid.

For those who are interested in the detail I have included the data slides from their presentation below and in summary the key points on the road map tests are:

Slides presented at the coronavirus press conference on 12 July 2021.