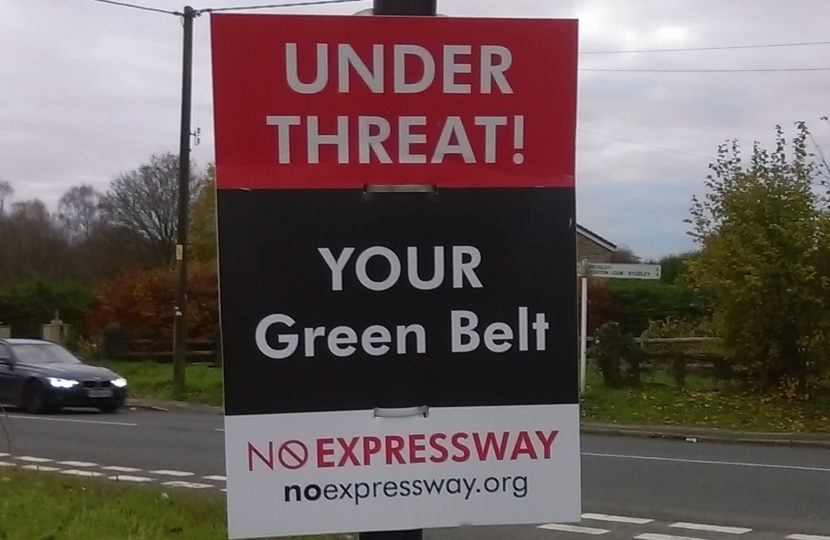 John has long taken a keen interest in proposals for the expressway and has followed the work closely to review what is coming forward at each step of the way. In the light of the recent County Council decision to oppose it in any form he has again reflected on this.

When asked for his latest views John said "I have to recognise that as time goes on my own concerns are growing substantially. I do believe that the Oxford-Cambridge Arc with its link to Milton Keynes is important, but having listened to many voices over the last few years, and taking into account changes along the way, I think it is time to step back and revisit the vision and especially the need for a major road in 2030. I have to admit that my doubts about this project are increasingly holding sway"

Over the years John has brought people in parishes that could be affected together and brought the Government Champion for the project to the constituency to listen to their concerns. These early discussions gave John a good insight into the particular concerns of different communities which he fed back to Government and Highways England. As a result of John's lobbying the previous Secretary of State for Transport much more information was released into the public domain and that Highways England came out to do some local workshops. He was also delighted when it was announced that any route across Otmoor was ruled out.

John has always said that big infrastructure projects necessarily take time and that it is important to assess them properly if we are to invest in our national infrastructure. He has expressed the view that if the project goes ahead it should recognise the line of East-West rail and also make use of the A34 corridor. John has seen this as an opportunity to bring much needed improvements to the A34 and also to bring relief to the villages running alongside the A34 which currently suffer when there are problems on the road.

John has also made clear his view that the impact of the road must be assessed with climate change concerns in mind and also to look at how emerging technologies may have an impact. Indeed one of the most significant changes since we started discussing this project is the need to reduce our carbon footprint. Over time he has said that as more information comes forward his concerns around this area are growing.