Changes in the Asylum System 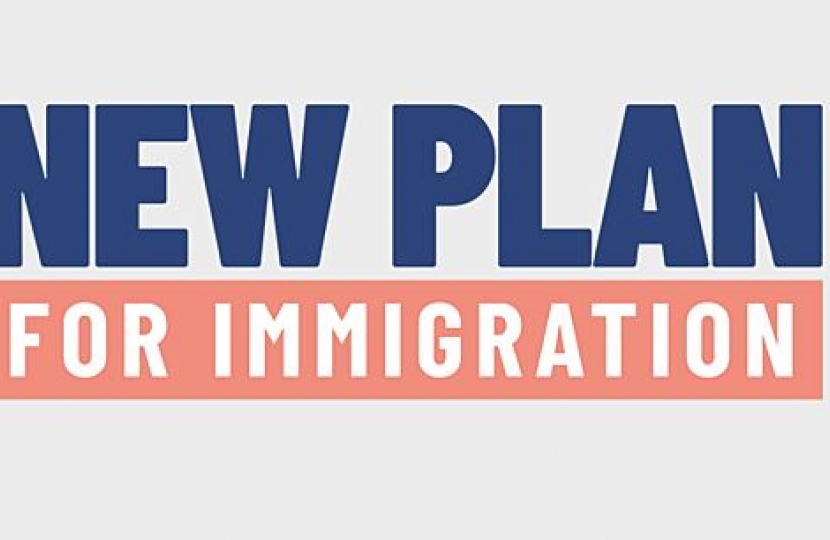 Immigration has always been a hot topic. We have taken back control of our legal immigration system by ending free movement and introducing a new points-based system, but we must address illegal immigration in order to properly control our borders and prevent further loss of life. The current system is expensive and the UK has 109,000 outstanding asylum cases. Almost 73% of these claims have been in the asylum system for over one year and 62% of UK asylum claims were made by those entering illegally - for example by small boats, lorries or without visas. In 2019, legal challenges and new claims meant 94% of cases were released from detention rather than being removed from the UK. These claims are very rarely valid with 83% of those raised in 2017 proving ultimately unsuccessful.  Repeated appeals are clogging up our courts. Nearly all of those refused asylum at initial decision go on to appeal – in 2019 this amounted to 9,000 appeals, of which 56% were dismissed. Of the 6,000 that proceeded to Judicial Review – 90% were dismissed with 17% classified as ‘Totally Without Merit’.

The Government’s New Plan for Immigration, which is open for consultation until early May, sets out to meet three key objectives: to increase the fairness and efficacy of our system so that we can better protect and support those in genuine need of asylum; to deter illegal entry into the UK, thereby breaking the business model of criminal trafficking networks and protecting the lives of those they endanger; to remove more easily from the UK those with no right to be here.

As the Home Secretary has said, legal immigration enriches our society. It is right and proper that we should assist those fleeing from cruel circumstances across the world and the UK has risen to the challenges of this. This we do and will continue to do through resettlement. Support for those needing safe refuge will be strengthened. However, we must also rise to the challenge of tackling illegal immigration. We are all horrified as some media images of the suffering of people at the hands of people smugglers and we have to stop this criminal activity happening. To that end we have to cut off the demand that fuels the illegal trading. In 2020, 8,500 people arrived on small boats. 87% were male, and 74% were aged between 18-39.

Under the Immigration Act 1971 it is already a criminal office to enter the country illegally. The proposal seeks to extend this to also make it illegal to seek to enter the UK illegally. Similarly, the current penalties under the Clandestine Entrant Civil Penalty Regime will be increased.

John said: “I welcome the Home Secretary’s proposals; we need to regain control of our borders and step up our effort to stop illegal entry. We also need to continue our support for those needing a safe refuge and the proposals strengthen this. I have been challenged for saying that people who enter the UK illegally are criminals. If you use an illegal system you are engaging in just that. People are dying as a result of this activity whilst others profiteer. We have to stop this trade; we must deter people from taking these journeys. Data shows that the majority of those coming to the UK by illegal routes are economic migrants. There is a legal process for this which does not risk lives which we must encourage instead.”

The New Plan for Immigration seeks to put fairness at the centre. The UK’s asylum system should be based on need rather than on the ability to pay people smugglers, it should not reward those who enter the UK illegally. It also seeks to streamline the process so that claims can be dealt with in a much shorter time frame.

John added: “There will always be cases that do not fit the mould and for these people there is the possibility of Temporary Protection Status whilst their circumstances are assessed. However, the plan still offers greater long term support for those who arrive by legal routes. This is essential to encourage people to avoid trading with people smugglers.”

The Plan for Immigration contains a lot of detail. For an overview of the purpose of the proposals read the Home Secretary’s statement to the House.

The details are set out in the Policy Statement.