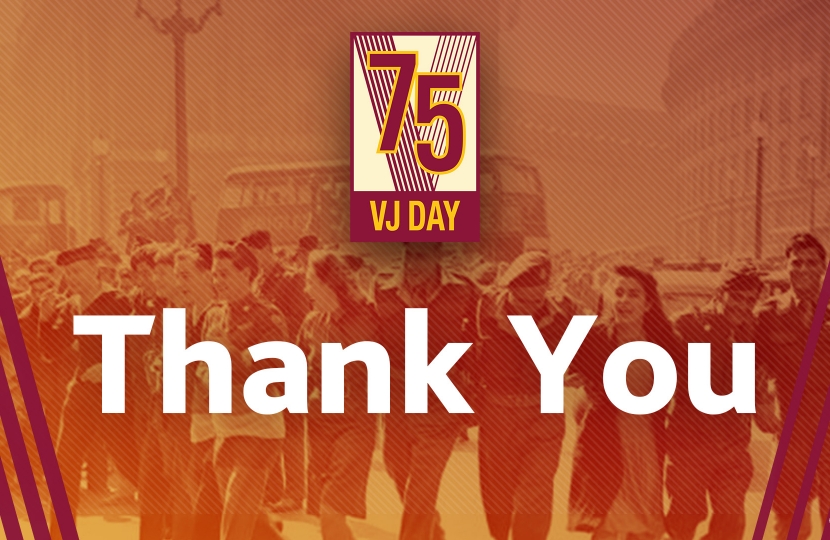 As the Nation marks the 75th anniversary of Victory over Japan Day John added his thanks and praise to all those involved in the Far East Campaign.

John said: “In different circumstances  we might have had much public recognition of those last to come home from the conflict. None the less a quiet moment to reflect was not passed by. We owe an enormous debt to our VJ veterans for their courage and sacrifice and I add my thanks and praise. The Prime Minister has eloquently written to the veterans and I echo his words.”

Although it has not been possible to have large community celebrations the Government website has interesting information and also some moving stories.

When I write on my opinion on a bill some readers assume that I am simply doing so at the behest of the Whips.