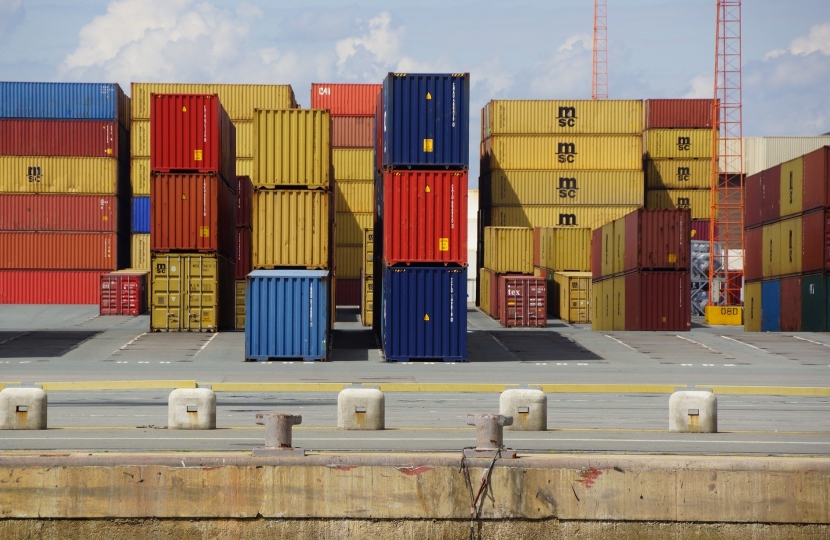 When writing about and reflecting on the Trade Bill, I am conscious that much of the discussion has very little to do with trade or with the Bill itself.  The bulk of the discussion comes down to one thing alone – trust.  Sadly, there is a lack of trust in the Government which is reflected in some of the emails I have received.  For example, correspondents said that the real reason for getting concerned was because “in this day and age when everything is for sale and political promises are conveniently forgotten” the Prime Minister was lying.  This is not helpful to a broad discussion.  The purpose of this piece, therefore, is twofold: (1) I want set out the purpose of the Bill and address the scaremongering and misrepresentation brought about, and in doing so, (2) reaffirm the Government’s bona fides.

The Trade Bill has been described as a continuity Bill. That means that the Bill is not concerned with new trade agreements. Rather, the Trade Bill is designed to enable the free trade agreements that the EU had signed with third countries before the UK exited to be transitioned.  These, of course, had already been subjected to parliamentary scrutiny.   In these Bills, there is no intention of lowering standards, as the very purpose of these agreements is to replicate as closely as is possible the effects of existing commitments in EU agreements. None of the 20 continuity agreements signed have resulted in standards being lowered. The Bill will also facilitate the creation of a new Trade Remedies Authority (TRA), to deliver a new UK trade remedies framework, which among other things will include protections for UK businesses from unfair trade practices or unforeseen import surges.

In addition, in leaving the EU, the UK will be acceding to the World Trade Organisation’s Agreement on Government Procurement (GPA) in its own right. The Bill’s provisions will make sure the UK can implement procurement obligations under the Agreement, ensuring continued access to £1.3 trillion per year of global procurement opportunities for UK businesses.

Amendments about not selling off the NHS or retaining food standards are simply not appropriate here in this type of Bill.

There has been widespread misinformation about the Trade Bill and the NHS. I am very proud of our NHS and my own family rely on it just as much as everybody else’s. The Government has made repeatedly clear an absolute commitment that the NHS is not on the table and that it has no intention of lowering standards. Let me make clear that the price the NHS pays for drugs will not be on the table, and nor will the services the NHS provides.  Government Ministers have said exactly the same at every election in living memory and the NHS still remains British owned and free at the point of need.

We all rightly want high welfare produce and all food coming into this country will be required to meet existing import requirements. The EU Withdrawal Act will transfer all existing EU food safety provisions, including existing import requirements, onto the UK statute book. These import standards include a ban on using artificial growth hormones in domestic and imported products and set out that no products, other than potable water, are approved to decontaminate poultry carcasses. Any changes to existing food safety legislation would require new legislation to be brought before Parliament.

I received a letter from the Secretaries of State for International Trade and for DEFRA that said:

Any trade deal the UK strikes must be fair and reciprocal to our farmers, and must not compromise on our high environmental protection, animal welfare and food safety standards. We have been clear on these points and will continue to fight for the interests of our farming industry in all trade agreements we negotiate.

The UK remains committed to the delivery of Sustainable Development Goals too and future free trade agreements will not undermine the UK’s ability to continue to meet all of its international commitments.

Overall, I believe that the Trade Bill strikes an appropriate balance and brings together everything Government Ministers have said. It respects the UK constitution, ensuring that the Government can negotiate in the best interests of the UK, while making sure that Parliament has the information that it needs to effectively scrutinise and lend its expertise to trade policy.

On almost a daily basis I receive communications from constituents on our current situation and on whether we should go back into lockdown or simply take away all restrictions. I welcome the Government’s tier system which I think provides a middle way between these two extremes.