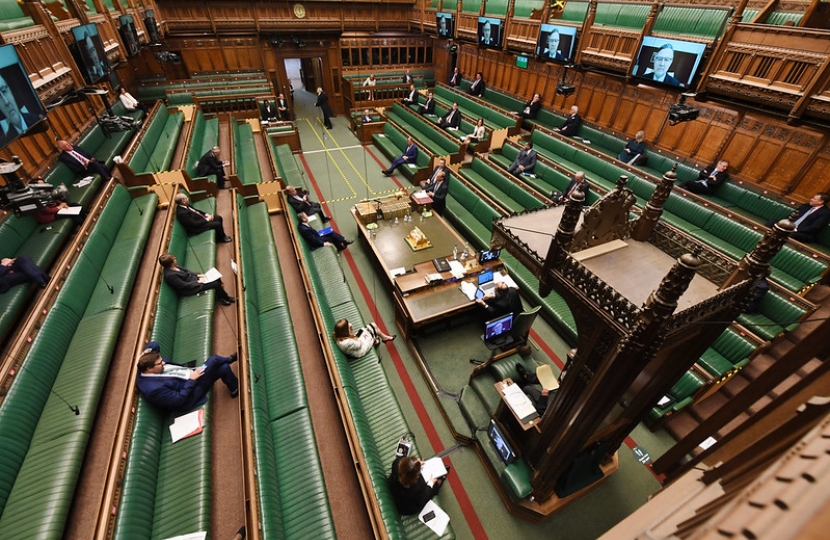 This issue of MPs returning to Westminster has caused concern amongst some. As a general principle I think it is right that those MPs who are not vulnerable or self-isolating in this current situation do return and continue the work of scrutinising the Government.

I pay tribute to those who worked to put together a remote system which has helped in these difficult times. The Speaker and House authorities have worked hard to change how Parliament works, with cross-party agreement, to rise to the challenges the current situation has created and I do applaud their work.  But that remote system was inadequate and held back Parliament.  For example, in the weeks since the system was introduced, the time for questions each day to individual Ministers was cut in half. This allowed very few people to participate. Questions to Ministers allow significant questioning of Government policy and for constituency issues to be raised. In the weeks since the remote system was introduced MPs like me who are frequent participants in proceedings were lucky to get even one opportunity to speak. Not being able to make interventions on speakers meant that important points were simply not made, and it was not possible to put pressure on Ministers.  Speeches became isolated and with little relevance to each other.  Parliament is about more than simply voting. It is about debate which was severely reduced. It is an important function of back bench and opposition parties to hold the Government to account. So, what this meant was that scrutiny and debate were limited. It is also important that Parliament sets an example as the Government encourages schools to begin to re-open and people to go back to work. The House will continue to use online systems for smaller meetings and where expert witnesses are needed.

Measures have been put in place across the Parliamentary estate to ensure that Government guidance is followed. Parliament is a COVID-19 secure employer, and every action it has taken is in line with government guidance. It has put in place a high level of cleaning in all high-usage areas and is using preventative measures wherever possible. To protect all staff on the estate, it has put in place a range of measures to reduce the risk of transmission. It is also continuing to advise colleagues to work from home unless their presence on the estate is essential and the Speaker has advised all Members that their staff should continue working from home as mine are doing.  This inevitably puts a strain on the system. Of necessity these changes have had to be brought in at short notice and it is worth giving them a chance to see how they work once the new ways of working have bedded in. Perhaps inevitably criticism has been levied before the new ways of working have been given a chance. Things can be changed once this period of experimentation has passed and alternative ideas come forward.

Much has been made of the queues of MPs waiting to vote in the first Division after our return. Yes, the first vote did take 43 minutes. But that same evening, once the system had been tried, the second was quicker and the third took about 30 minutes. This compares with 15 minutes for the time a vote used to take.  It also compares well with the attempts to introduce a remote system which when first tried were disastrous.

I am pleased that the House has now approved the temporary changes to the procedural rules to allow ‘high risk’ MPs to have proxy votes and to allow some MPs to continue to participate remotely. With a much smaller number using remote systems things should be more streamlined.

We have to remember that the Palace of Westminster is an old building and we already know that much needs to be done to bring it up to modern standards. It is simply not equipped to make full use of the technology that is available in more modern office blocks. Even now one of the two key debating chambers remains unused as the technology is not capable of allowing remote working in two chambers.

Some have asked about travel to Westminster and staying away from home whilst there. This is entirely within the Government guidance.