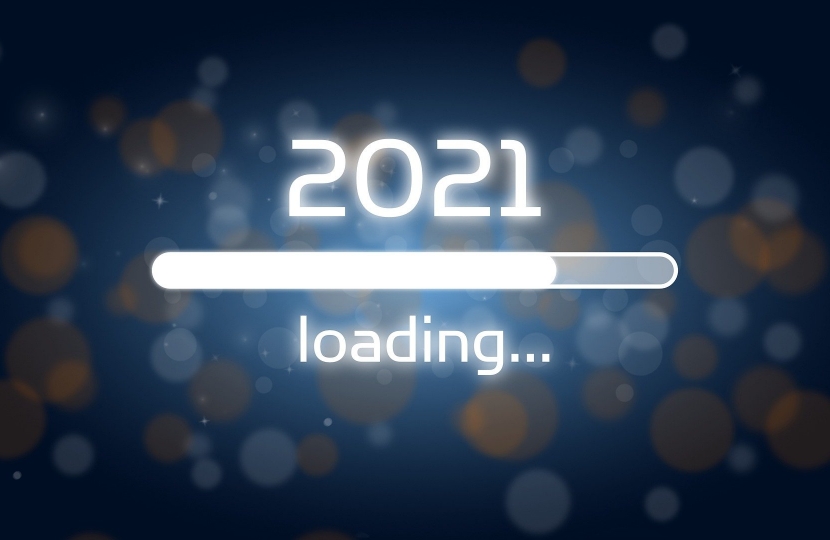 I look forward to 2021 with great optimism. At the end of December we had an approved vaccine against Covid-19 already rolling out and a second approved by the regulatory authority to be rolled out early in the New Year. A third had been approved by the US administration. It is true that it will take some time to inoculate everyone who wishes to be inoculated. It is also true that in the meantime we will have to live with the tier system for a while yet and that the tiers will change and strengthen. As we enter the new year there is more than light at the end of the tunnel - there is a vaccine which is already being administered in large numbers.

We have been on this road for much longer than we might have at first imagined. The constant changes that have been recommended by virologists and epidemiologists throughout the year to deal with the virus, have not been easy to keep up with. I know that some people, particularly on that magnet for conspiracy theories – Twitter – have been working overtime. But all of that will stop as we move on to a new normal. There are certainly some things that I have learnt in this time that I will continue going forward. For example I shall use Zoom for some surgeries since it solves the problem of the long travel distances that exist within the constituency.

Parliament has tried its best to cope with the changes and to ensure that the important work on a number of issues was able to continue. During the course of the year I was delighted to have the opportunity to introduce a Private Members Bill which will begin to bring back into our lives something civilising and of great common sense – the Apologies Bill. Accidents happen but I do not want to see a society where people cannot apologise first because lawyers tell them they would be admitting guilt and admitting a potential liability. In the USA, one of the most litigious countries in the world, almost half of medical mistakes were resolved by apology alone. That’s why I want to create the opportunity for an apology to be made but leaving the right to go to court if you wish. I look forward to taking this further during 2021.

There is a whole new discussion about what sort of place we want the world to be AC – After Covid. It is hard to imagine that it was only just over a year ago we had a General Election at which we put forward an exciting manifesto. Covid has hindered the all-important first year progress and attention necessarily had to be diverted and money reassigned. Once we are free to moved forward we have a good mandate to change things for the better. A Parliament without Brexit. A Parliament without Covid-19. Both of those sound utter bliss and give us the chance to change things for good. There has been some irreversible change but there is every reason to be hopeful.