John writes on merits of Alternative Dispute Resolution in Planning 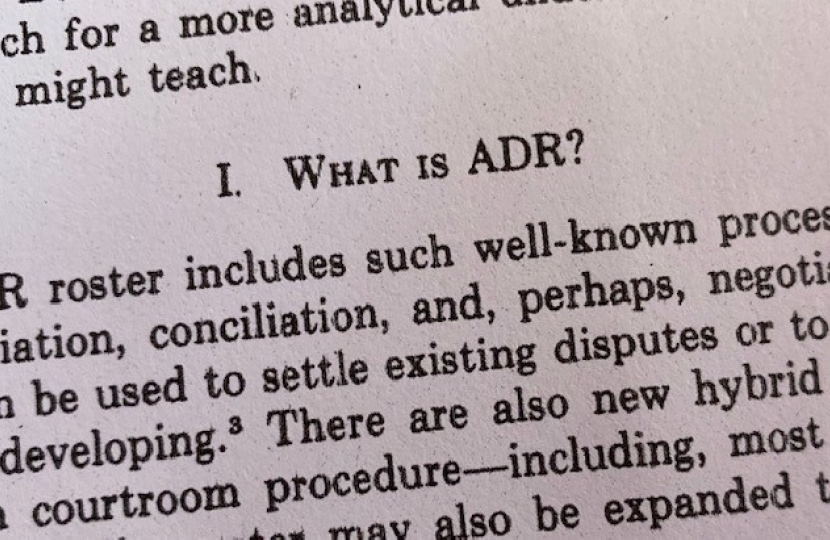 I am posting a copy of a joint article written by me and a barrister colleague, John Pugh-Smith, which we have submitted by way of representation from the All Party Parliamentary Group on Alternative Dispute Resolution as part of the consultation on the planning White Paper. The recommendations will be effective in making sure that the planning reforms can actually be delivered.

AN OPPORTUNITY NOT TO BE MISSED

When the last major planning reforms of 2011 were originally envisaged, one of the aims was to try to put an end to the “us and them” character of the planning system. Sadly, that aim has not occurred. Rather, a far more complex system has emerged but still with little ability  or encouragement for facilitated dialogue. Polarised positions remain with little real opportunities for such conversations.  While this Government’s Planning White Paper promotes the  desire to see greater pragmatism being adopted by Authorities, it seems to us that without a comprehensive statement of the benefits and use of alternative dispute resolution techniques (“ADR”), and, MHCLG taking a necessary and positive lead in their promotion, then a key delivery vehicle will be lost.

The starting point would be to herald in the White Paper by adding to the Planning Practice  Guidance additional provisions covering the use of ADR. We suggest that a refusal to permit or engage with facilitated negotiations of planning obligations and/or their variation are cited  as examples of unreasonable behaviour in relation to appeal costs. Likewise,  a new paragraph or additional section could be usefully added  advocating the different forms of ADR as a further response to  the question: “Can local planning authorities draw on other resources and expertise in considering planning obligations?” The White Paper’s outworkings  could be heralded by the inclusion of wording such as  “The use of ADR, including mediation, can provide a less formal and more cost effective method of resolving disputes and the Government  strongly  encourages  its use in appropriate cases”.

Secondly, the new developer obligations are going to require the use of considerable ADR techniques to ensure that they work and are equitable. This should include provisions for affordable housing which can be linked, with the opportunity for ADR by way of formal mediation as an alternative.

Finally, and more holistically, Westminster could follow the approach taken by Holyrood within the Planning (Scotland) Act 2019 which, by section 40, now  includes a specific statutory provision promoting and using mediation by way of a new Section 268A into the Town and Country Planning (Scotland) Act 1997. In that way, the Planning system could more closely follow the approach taken by the Courts and Tribunal Services including the Lands Chamber in respect of compensation claims.

These enhanced “ADR” services could be administered by either or both the Royal Institution of Chartered Surveyors  and the Chartered Institute of Arbitrators through their dispute appointment panel services. We anticipate that either or both parties could share the costs, as with civil disputes.

In our view, without such constructive support and  formalised articulation the beneficial use of ADR will be another  lost opportunity for Central  Government  to  achieve lasting beneficial changes to the current planning system.