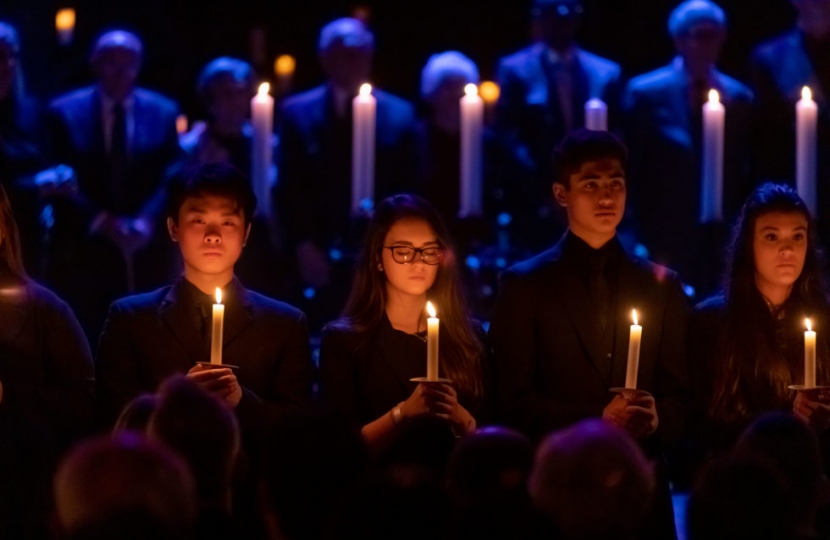 John joined forces with fellow Trustee of the Holocaust Memorial Day Trust, Labour MP Tulip Siddiq, to speak out on the urgent need to learn the lessons from the Holocaust whatever ones politics. Their joint article was published in The Mirror.

As Members of Parliament who enter the House of Commons via different lobbies, we are no strangers to working with our differences. On some occasions, however, is it important for all Britons to see their representatives join hands and January 27 – Holocaust Memorial Day – is one of those moments.

Speaking as a Christian and a Muslim, respectively, we both know that marking Holocaust Memorial Day is more important than ever. Commemorating the millions of people who were murdered in the Holocaust, under Nazi persecution and in the genocides that followed in Cambodia, Rwanda, Bosnia and Darfur is vital for us to learn where persecution based on faith and identity can lead.

Sadly, looking at recent history and the state of the world today, it is clear that our need to learn from genocide for a better future is still not just relevant today. In fact, it is urgent.

From the online conspiracy theories spreading misinformation and scapegoating minority communities, to forced labour camps in China, to the persecution of Rohingya Muslims in Myanmar, the forces of fear and division are on the march.

So, too, are the forces of antisemitism and Holocaust denial & distortion. And as we’ve seen from the recent events in America, it is often a short route from misinformation and divisive language to radical and violent action.

And the problem is not just abroad. We have also witnessed a recent increase in hate and intolerance towards minority groups and a real polarisation in our rhetoric here in the UK. Tell MAMA, a national project which records and measures anti-Muslim incidents in the UK, recorded a 50% increase in online anti-Muslim hatred during the first lockdown. And according to research from the campaign group HOPE not Hate, the QAnon conspiracies that first took root in the US is now branching into Britain’s online conversations. Our world often feels fragile and vulnerable; we cannot be complacent.

The light in the darkness often comes from ordinary individuals doing extraordinary jobs every day: such as our key workers, or those showing solidarity to others in these difficult times. In this pandemic, we’ve seen tremendous acts of selflessness in our communities. In both of our constituencies, churches, mosques, temples and neighbourhood groups are tending to our most vulnerable.

We must learn from the past. That’s why, on this Holocaust Memorial Day, we encourage all Britons to learn about the dangers of hostility and be warned about how unspeakably quickly division can escalate. This year, we will all be able to watch the annual Holocaust Memorial Day ceremony online to hear this warning directly from survivors of genocide and learn from genocide for a better future.

On this important day, we are proud to set any political differences we may have aside; and we are calling on the nation to unite in spirit. Let’s all light the darkness together: on Holocaust Memorial Day, 27 January, light a candle and safely place it in your window at 8pm. To remember those who were murdered for who they were and to stand against hatred and prejudice today.