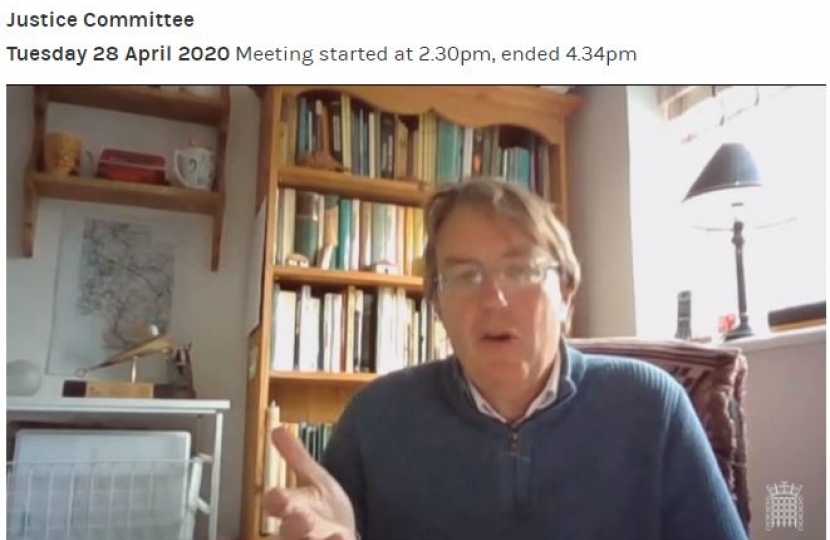 Throughout this crisis we have continued to hold committee meetings examining a range of issues such as the prison and probation services and how they are coping with Covid-19.  Some of these have been televised and have been available to watch on BBC Parliament. A number of these were also held when Parliament was in Recess.  This week we questioned Dame Vera Baird who is the Victims Commissioner and was Solicitor General under the last Labour Government. I was able to ask about the impact which the postponement of jury trials and other delays in the criminal justice system were having on the victims of crime.  We explored a number of issues about how victims were coping with for example the use of television screens in court and the use of digital media.  We did also look at the effect of Covid-19 on the criminal justice system.

These virtual select committees are playing a big role in ensuring that Parliament can continue to function as near normally as possible and I am very pleased to participate.