John speaks on labour migration at the Council of Europe 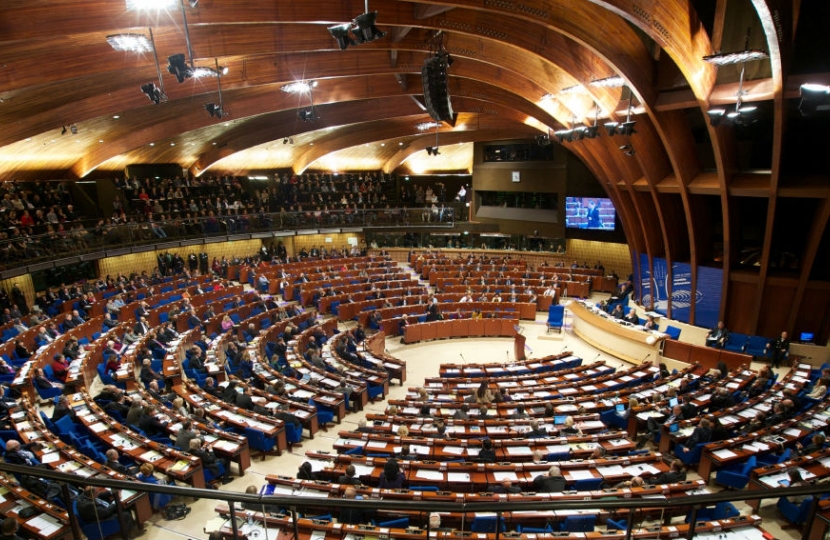 The Parliamentary Assembly of the Council of Europe debated a report from the Migration, Refugees and Displaced Persons Committee which suggested that concerted action should be taken by the countries of origin of labour migrants and the European countries where they come to work, in order to alleviate the negative impact of labour migration on the countries of origin, while doing everything needed to preserve the positive aspects.

John said: "I found the report a little late. Between 1990-2013 some 20 million people had left the area for better pay, higher living standards and a more interesting job. In the UK, for example, almost 1 million Poles have settled in the UK. Yet the Polish economy has doubled in size in the past 25 years. In addition, the report does not mention freedom of movement which as far as the EU is concerned is a crucial part of what it has to offer and provides the mechanism by which people have moved. There is, however, a lot which can be done, for example, in language learning to help. But the biggest help is in encouraging the countries from which people come to develop their own economies and their own high value and interesting jobs."

The Committee report to the Council said that labour migration from eastern European countries to the European Union and other European countries is a complex phenomenon, with both positive and negative consequences for the countries of origin. The positive effects include the reduction of unemployment and of the resulting social tension; the steady influx of remittances which, on an individual level, raise the living standards of families back home and, on the national level, improve the commercial balance of the countries of origin; possible investments into joint enterprises; and promotion of the culture of these countries abroad.

The report also pointed out the negative consequences that cannot be ignored. Some countries experience brain-drain, fall in population, or lack of contributions to the social funds which may become problematic in the long run. The sending countries may face serious social problems within families and local communities. The situation of children left behind by parents who have emigrated to work is particularly worrying.

The Parliamentary Assembly called for concerted action by both sending and receiving countries to alleviate the negative impact of labour migration on the countries of origin, while doing everything needed to preserve the positive aspects.