John questions Minister on opportunites to reskill for the unemployed 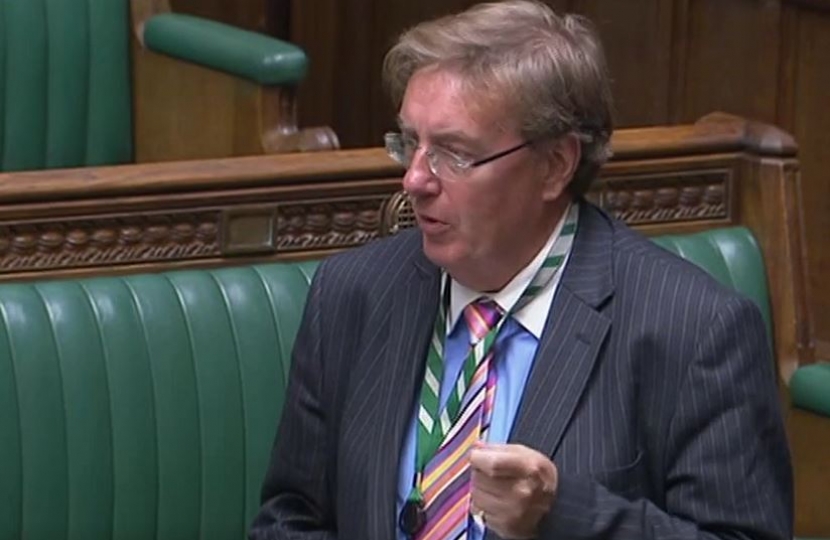 Figures revealed today show that unemployment in the Henley constituency has continued its downward trend.  The number of unemployed claimants has fallen by 30 since the previous month.  The claimant rate is 2.7% of the population aged 16-64 while that in the UK as a whole was almost double at 5.2%.  The total claimants unemployed was 1,550 individuals, the majority of whom had become unemployed at the beginning of the pandemic.  Those claimants aged 18-24 also showed a drop – of 15 people.

John said: “I welcome the continuing drop in those claiming unemployment benefit and I hope that this will continue.  It says a lot for the robustness of companies in this constituency and I was pleased, for example, to visit GeneFirst, an SME which is doing exciting work in relation to Covid-19 by launching a single closed-tube multiplex assay for the detection of currently circulating Variants of Concern, called the COVID-19 Variant Detection Kit. In addition, I raised the question of what the Government was doing to ensure that the unemployed were able to acquire good technical skills in the job market and learnt of the work with Google that was taking place.”

The exchange at Questions to Work and Pensions Ministers is reproduced below:

What support her Department provides to older jobseekers looking to reskill or change careers.

The Department’s focus on 50 PLUS: Choices, alongside our plan for jobs, provides funding to ensure that more people of all ages get tailored support. That includes programmes such as the job finding support service, job entry targeted support and the restart scheme, to help them find work. That is in addition to the Department’s train and progress and sector-based work academy programmes, to help people gain confidence, skills and job-specific qualifications, and to progress into employment.

One thing that concerns me is how we can boost the technical skills that older people learn. What is the Department doing in that respect?

I am pleased to share with my hon. Friend and the House the fact that in May, a littler earlier in the year, I launched a key partnership with Google offering free IT training for jobseekers. That opportunity gives 9,000 jobseekers the chance to obtain a Google career certificate, which is a level 3 qualification and recognised by the industry. As of 3 September, our jobcentres have referred more than 3,800 people to that life-changing employment scheme.

Another fall in unemployment for the constituency

The number of unemployment benefit claimants in the Henley constituency is down another 65 this month and now stands at 1,460.  This is a rate of 2.5% of the population between 16 and 64 which is exactly half the UK rate.  The figure of those unemployed who are 18-24 was 20 lower.