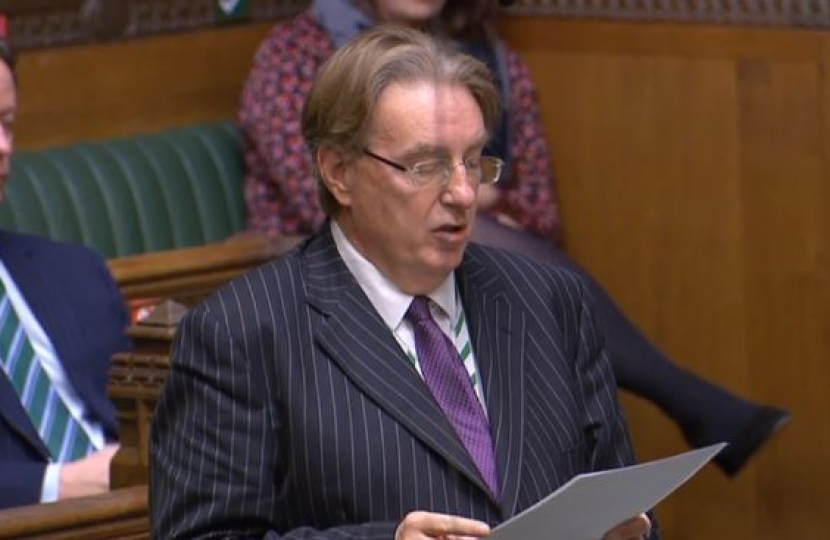 John has introduced a Private Members Bill to allow an apology to be given that is genuinely and sincerely meant without creating a legal liability that could run into millions of pounds. Simply put: an apology which does not create a legal liability will often settle a dispute rather than being seen to take the accused for every penny they have.

Even in the USA – one of the most highly litigious countries – where many States already have Apologies legislation –  almost 50% (43%) of cases where there were medical errors were resolved by apology alone.  The Bill does not take away the right of individuals to go to court but what it does do is introduce an element of civility and common sense back into society.

John said: “It should be the mark of both a mature democratic society, and, of its dispute resolution system, that an apology, whether made publicly or privately, can and should be allowed to be meaningful, and, helpful rather than simply a necessary yet tokenistic gesture.  An apology can truly change atmospheres, and, the nature of conversations, and, outcomes. Used appropriately, it can help avoid a dispute going to Court.  Equally, it can assist the resolution of a case by changing the approach being taken.”

The policy driver, therefore, behind this initiative is that apologies can often ‘unlock’ disputes and lead to settlement without recourse to formal legal action. Since parties may be reluctant to do anything that may be construed as an admission of liability, apologies have, to date, seemingly been sparse.  In addition, a culture has emerged of people and organisations not wanting to offer an apology in case it is detrimental to their legal position or deemed to be a weakness. With tragic incidents like that of “Grenfell Tower”, and the need to improve multi-cultural community cohesion, the time has come to extend the current limited legislative provisions.

John pointed to the successful introduction of the Apologies (Scotland) Act 2016 which was introduced by a Conservative MSP and requires that an apology acknowledges that there has been a bad outcome, expresses regret, sorrow or sympathy and points to direct or indirect responsibility without creating a legal liability.

John added: “It is clear that legislation alone cannot remove social barriers to apologising, but the Bill is an important step in changing attitudes to apologies. Surely, now is the time for us to facilitate that shift through our own Apologies Act – short focussed yet of profound effect.”

The Bill was read a first time on 1st December 2020 without division. It is scheduled for its second reading on 5th march 2021.