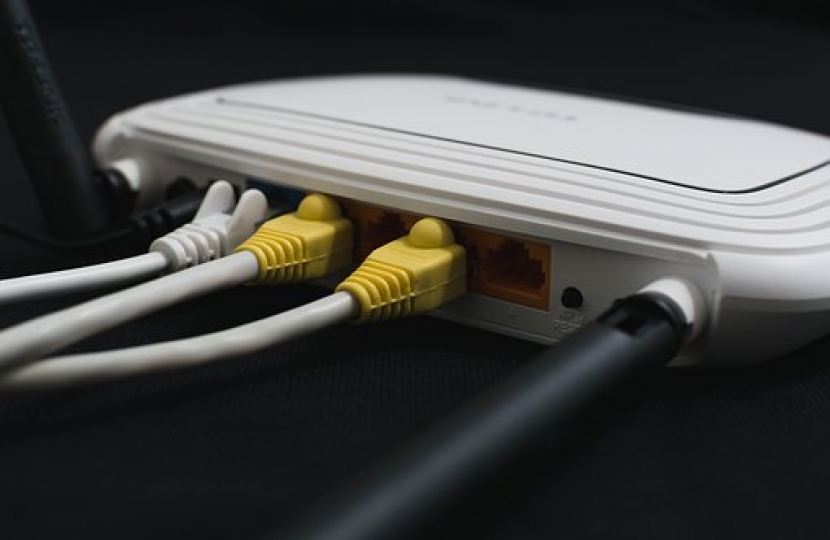 I have welcomed the news that the import and export of services from the cultural, digital, and creative sectors have risen steadily since 2010.

New figures published this last week show that digital, creative and cultural businesses are exporting £46.4 billion worth of services worldwide, up from £28.8 billion in 2010 – an increase of over 60 per cent under the Conservatives.

Exports from the digital sector alone are now worth £39.1 billion, up 70 per cent from £23 billion in 2010. This shows that our work to place our digital industry at the forefront of global developments and enable Britain's businesses to take advantage of all the opportunities presented by a changing economy is succeeding.

"Since 2010, we've extended the availability of superfast broadband to over 95 per cent of homes and business, improved mobile 4G coverage across the UK, and provided new tax reliefs for digital businesses. These measures are making it easier for families to use the internet and creating new jobs. The statistics show that our support for businesses is making a real difference, but we know there is more to do. That's why we committed over £1 billion to accelerate the development of next generation digital infrastructure.

"This is good news for businesses as we move into a more digital economy. The cultural, digital and creative industries have a huge role to play in the UK's economy, now making up nearly a fifth of our service exports, and will continue to play a crucial role after Brexit.

"Our modern Industrial Strategy will ensure this continues, as we deliver a highly-skilled and competitive economy that benefits people throughout the UK."

Broadband has become a basic utility and working to help improve the provision across the constituency has been on my agenda since becoming an MP. I have lobbied Government, meet with communications companies and with Ofcom and also communities frustrated by lack of provision.