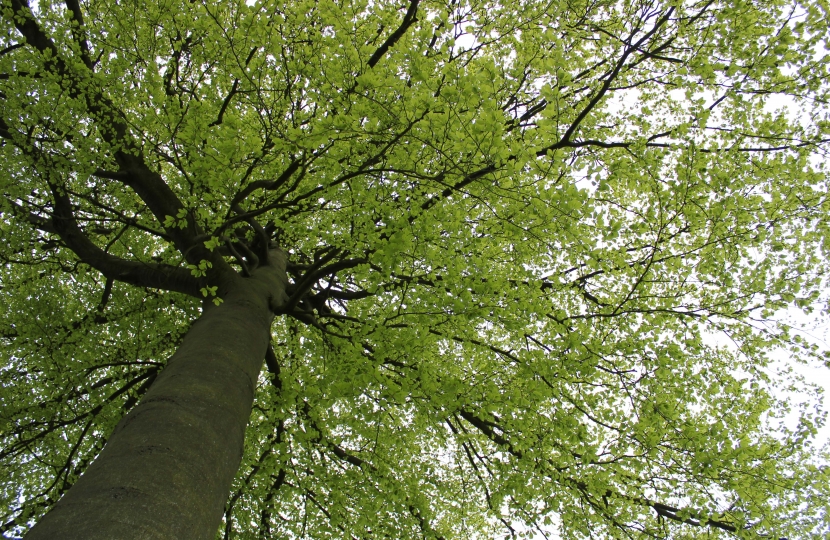 I am all too aware that I have had conversations with different groups across the Constituency but have not necessarily been able to follow up on all questions to date. My apologies for this. I am afraid that we have been side-tracked by COVID and many related issues which have diverted our attention. None the less work on climate change and environmental issues has continued within Government and some outstanding questions have been surpassed by circumstance or new measures introduced. In order to restart our conversations in this note I have set out where we are now with the key new measures as an update and a starting point for continued conversations if groups wish to do so.

Let me say upfront that I am not especially interested in Party political argument around these issues. I think most people agree that this is a critical concern whatever their political views. It is likely that there will be a wide range of opinions as to what approaches are best and it is also true that the Government has to balance differing concerns which those not in Government can set to one side. However the goal is the same and has been agreed across political parties. Further we can always work to bring the targets nearer as new technology and innovations come forward.

As many of you will know I am a member of the Conservative Environment Network. This is an independent forum and I find the work of the Parliamentary Caucus helpful in its robust briefing for MPs in which they do help us to push forward the environmental agenda within the Governments wider agenda.

The recent publication of the 10 Point Plan for Green Industrial Revolution has been widely welcomed. This is set against the backdrop of the circumstances we have found ourselves in due to COVID-19 and the recovery from the impact that this has had on our lives and the economy. There is no doubt that there have been environmental benefits from the lack of travel at home and abroad we will need to move around more as we recover, and it is a unique opportunity to do so with the green agenda at the forefront.

Many of you will have seen the outline plan and indeed read the detail but for the sake of completeness I record it below. As the Government has said:

The plan focuses on increasing ambition in the following areas:

The plan will be backed up with Government investment of £12 billion which will be enhanced by private sector investment which will greatly increase this.

I was pleased to see that the Chiltern’s Conservation Board, with whom I meet periodically, welcomed the plan; in particular the new Landscape Recovery projects to restore and improve access to nature and to employ nature-based solutions to tackle flooding and the funding of an additional £40m to be made available for a Green Recovery Challenge Fund. This is a Government fund designed to kick-start environmental renewal and create and retain jobs in the conservation sector across England.

Some of the measures in the plan are particularly ambitious, such as the target of 2030 to phaseout date for the sale of new petrol and diesel cars. I know that with such targets some ask why then and not now? The answer is simple in that the Government has to allow time for people and industry to prepare. It is also important the industry has the ability and capability to meet any new requirements. From time to time businesses within the constituency brief me on what they are doing, what they can do, and keep me abreast of specific industry issues on what is possible by when. This gives me a helpful perspective.

Just this month we have had publication of the Energy White Paper which sets out plans to clean up our energy system, support jobs in the sector and keep bills affordable as we transition to net zero by 2050.

This paper builds the Ten Point Plan for a Green Industrial Revolution giving details of specific steps that will be taken to cut emissions from industry, transport, and buildings. It focuses on the need to decarbonise our energy system in a cost effective way and includes a major programme of investment in offshore wind, clean hydrogen, carbon capture, usage and storage and nuclear.

There will be a series of consultations on this paper in the spring.

The Public Bill Committee scrutinising this Bill has now completed its work and it is now at Report Stage. This is when it comes back to the House for review in its amended format with opportunity for further changes.

In summary the Bill will place environmental ambition and accountability at the heart of government. It will set in legislation measures to address key environmental issues including air quality, biodiversity, waste and resource efficiency, and water resource management.

In the Committee stage we have already seen some important changes to strengthen the Bill including a requirement for British companies to tackle illegal deforestation in their supply chains, and designation of a new Marine Protected Zone around Tristan da Cunha in the South Atlantic. This takes the total area of ocean protected around the Overseas Territories beyond the government’s target of 4 million square kilometres.

If you would like to read more about the Bill there is a briefing paper which has been prepared by the non-partisan House of Commons Library.

The Agriculture Bill has passed through all of its parliamentary stages and received royal assent and so becomes the Agriculture Act.  Perhaps one of the most important features of the Act is the Environmental Land Management scheme which will replace the Common Agriculture Policy and pay farmers for the public goods they provide - chiefly environmental improvements such as habitat creation. The Act has been welcomed by many including the National Union of Farmers. The latter have said that in its progress through parliament significant changes have been made to improve it and to ensure that the importance of food production and food security are properly recognised.

The UN Climate Change Conference was to take place in November this year but in May it was agreed to rescheduled for November 2021 due to COVID-19. The UK will host the summit which will be held in Glasgow. The Business Secretary, Alok Sharma, has been appointed by the Prime Minister as President of the Summit. Whilst the summit itself brings together world leaders and climate experts, as with all such things, much work is done ahead of the actual event. It will be good to keep up to date with this in the coming months and there is a section dedicated to COP26 on the Government website.

Although matters of climate change a cross-cutting over Government Departments It is good to read exchanges between the Business Secretary and the Committee for Climate Change where the advice of the Committee is sought ahead of Government announcements. A recent example can be seen in the issue of our emissions reduction targets.

Some people have recently written to me about the Climate & Ecological Emergency Bill. It is a curious Bill which I do not believe is necessary as work is already underway on many of the things outlined in it and it has already been agreed that tackling climate change is a priority. The Bill will be debated in March next year but which time we will have moved forward from the position set out in it. The Energy White Paper has already come forward since the Bill’s publication.

The Bill calls for an emergency Citizen’s Assembly to work with the Government and yet just such an assembly, the Climate Assembly UK, has already been established. This has come as a result of work conducted by six Parliamentary Select Committees which are made up of MPs from different political parties to examine policy issues, hold the Government to account and make proposals for new laws. Importantly the six Select Committees involve work across a range of departments and were the committees for Business Energy and Industrial Strategy; Environmental Audit; Housing, Communities and Local Government, Science and Technology; Transport; and Treasury.

I also have to wonder at the motivation behind the Bill which was brought forward as a Presentation Bill. This is a form of Private members Bill but the least effective form. A presentation bill is simply introduced to the House by title, but the presenter does not speak in support of it and they rarely become law. A Ten-Minute Rule Bill which allows the presenter to speak and provides potential for debate would have been much better. However, as implied above, given that so much work in this area is already being done I think the Bill is an unnecessary distraction. I would rather put time to looking at Government proposals and how they can be improved which provides real opportunity to influence this important agenda.

Whilst it is important that the green agenda is embedded in all aspects of the Government agenda it is also important that none of us are overwhelmed by the size of the problem such that, like a rabbit in the headlights, we are stunned into inaction. Every little helps.

It is now sometime since I was introduced to Young Climate Warriors and I still follow it. It is great to see the growing band of young people signing up.

Across the constituency I am being introduced to businesses focusing on sustainable issues, providing goods and services that take our planet into consideration. I am always pleased to meet up with people in these businesses and learn more about what and is being can be done. Please do keep me informed of these and when it is possible I would be delighted to visit.

There will always be differences of opinion as much over environment and climate issues as over any other issue.

I know that for some things are not moving quickly enough. I understand the concern, but we have to move at a pace that brings people with us and makes things possible. I recall the time when recycling was new on the general public agenda and our new waste collection system was introduced. There was fury among some who hated the wheelie bins and the fact that they had to separate their waste. The key thing at the time was to make it easy for people. In South Oxfordshire the Council has did well in bringing in a relatively simple system. This is precisely why our recycling rates are high. In areas where households have several bins and have to separate their waste in a more refined way than we do the recycling rates are less good. You may have your own views on wheelie bins but this is a good example of how something new can become embedded and natural if we make it easy for people.

In the same vein I am not moved by gestures, protests which do damage and disrupt the everyday lives of others as we saw in protests in London last year. I know that some locally have been involved in this and I appreciate their concern and passion. However I know too from my inbox that such action provokes anger and divides people. We need action that unifies so that we can work together on this critical agenda.

I welcome your thoughts and our ongoing discussion.