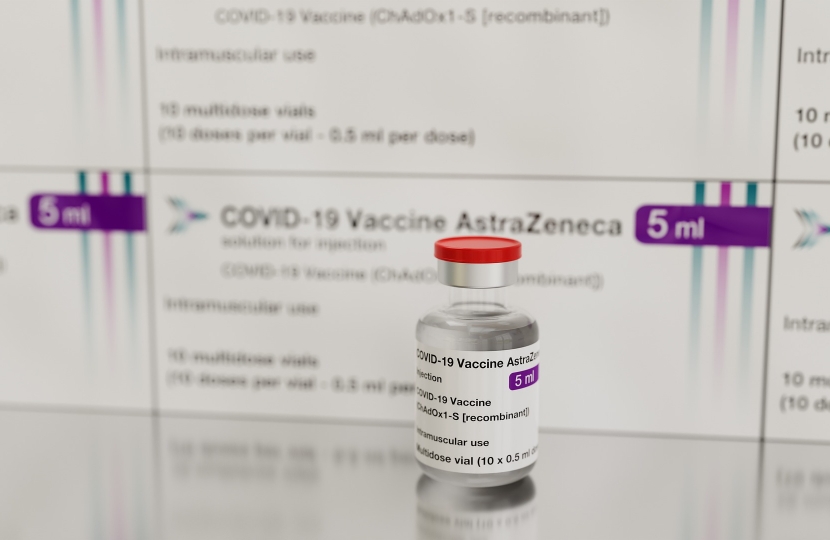 Having obtained the vaccine in good faith as part of our inoculation agenda, we now discover that 5 million people have received a vaccine that the EU is refusing to recognise.  Unfortunately, the EU has taken this discriminatory stance because it has not issued a licence specifically for the Serum Institute.’  It cannot be included in the EU vaccine passport.  The EU has said that it is up to individual countries to decide whether to accept the vaccine or not.

The British Government has not only complained about this (as has the Indian Government and the Serum Institute) it has also worked very closely with the EU medical regulator to try to achieve early licensing of the vaccine by for example passing over everything it has on the vaccine and on the Institute.  This should help the EU accept the vaccine.

Some countries have decided to accept the vaccine anyway including Austria, Belgium, Bulgaria, Finland, Germany, Greece, Hungary, Iceland, Ireland, Latvia, Malta, Netherlands, Slovenia, Spain, Sweden and Switzerland.  We are putting a tremendous amount of pressure on the EU to speed up its recognition of the vaccine but it is taking its time.  If one is being charitable this may be because the EU has rarely had to deal with the Serum Institute in the past.  If one is not being charitable, the EU has no incentive to speed up the process since no EU citizens have had the vaccine.

Their action goes against the call expressed by me and others at the Council of Europe to have an anti-discriminatory approach to vaccines and I have been championing this in the Council.  France and Italy are waiting for the EU to legitimise the vaccine. Germany, Spain, the Netherlands and Malta are not.

Press coverage of the situation with regard to Malta has been misleading.  The Maltase Government did not suddenly recognise the vaccine after last minute intervention from the UK.  It did so after a long discussion with and pressure on Malta from us.  We are doing the same with the EU.

I believe that the EU will move to recognise the vaccine but I cannot give an indication of when they are likely to do so.  In the meantime, of course, and a s a separate matter, travellers from France will still have to quarantine due to the Beta variant. From my point of view, I want to see as wide a process of regulation and recognition of vaccines as possible that is not caught up in bureaucracy or indeed in politics.