John comments on the sentences for the killing of Andrew Harper 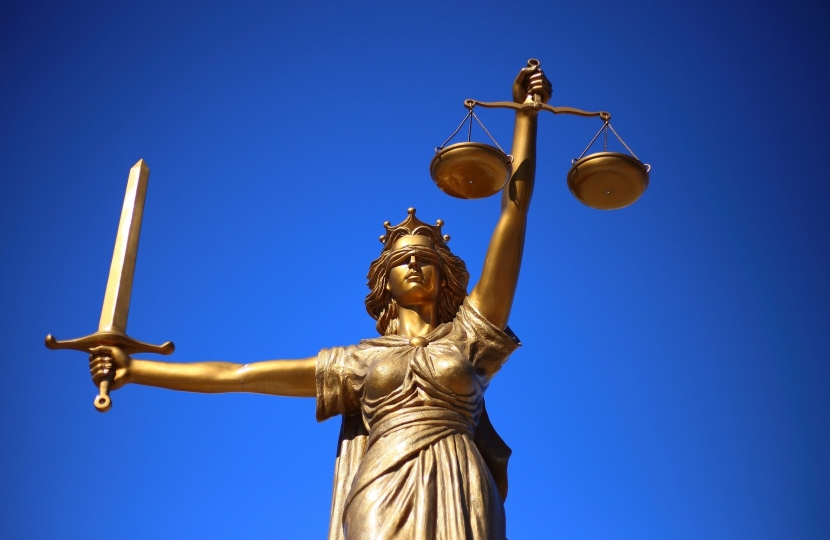 The death of PC Andrew Harper left a deep impression on us all. This was a police officer simply doing his duty. It has also shocked the nation. The media reports of the remorseless attitude of the accused whilst awaiting trail and during the trial have added to this. We can all make up our own minds whether we have seen genuine remorse for the killing that was committed.

My thoughts and prayers are with Andrew Harper’s family and friends at this difficult time. They have had to re-live the dreadful events leading to Andrew’s death and I fully appreciate their disappointment at the outcome of the trial. I also understand that they feel cheated that a charge of murder did not hold up. But as the courts have demonstrated today, the crime of manslaughter, which is what they were found guilty of, is a very serious one. The sentences handed down today by the judge are very severe.  The question, though, is “does the punishment fit the crime?”

Today, therefore, I am asking the Attorney General to look at the sentences given to determine whether they are unduly lenient, and, if they are, to seek in the Court of Appeal to have them extended.

I understand the wish to have a retrial.  This is not something that a politician can grant and I suspect that Andrew Harper’s family will be talking with their lawyers about whether the case merits one.  It is small comfort but nevertheless a welcome one for the family to know that as a result of changes made by this Government the sentences are no longer eligible for reduction by half but only by a third.  This means that the accused will suffer long jail terms.

I have not been party to the detail of the crime, the charge brought by the Crown Prosecution Service or the case presented by both the Prosecution and the Defence at the trial. I have only read the media and court reports, as have many others. I am therefore not in a position to comment further. Close relatives of Andrew Harper are my constituents. I have already offered to meet to discuss matters further.