John comments on Prorogation of Parliament 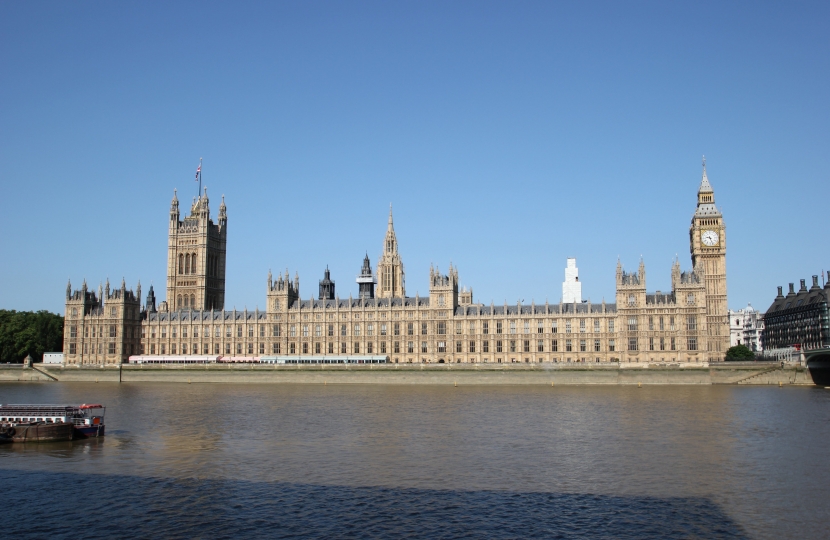 I completely understand concerns that are being raised over the announcement of the Prorogation of Parliament. As many will know, I have not always seen eye to eye with Boris Johnson, but I do not feel that he is being fairly treated in this current situation. Much that has been said in the media has been loaded with emotion. This is perhaps inevitable after all that we have been through but I do not think it is helpful when phrases such as ‘undemocratic’, ‘end of democracy’ or a coup’ are used. Such phrases are inaccurate to describe the current situation. Similarly I think that Jacob Rees Mogg’s comment that concern was ‘candy floss outrage’ was misplaced.  The purpose of this briefing is to set out the facts of the situation to try to get a balanced perspective on the issue. Before I am accused of taking a No 10 press release let me be clear that this is the result of my own work and that of my staff. No doubt there will be issues that we have not covered but I sincerely hope that it will be helpful.

Prorogation of Parliament is a standard part of the cycle of parliamentary process. Between General Elections parliament is divided into sessions. The length of a session does vary but is usually about a year; the current session has been the longest for several hundred years and has lasted almost two and a half years. Each session starts with the State Opening of Parliament during which a Queen’s Speech is delivered. Passing the Queen’s Speech at the start of a session is essential for any Government as legislation set out in the Queen’s Speech will be brought forward in that session to become law. A session is ended by proroguing Parliament. Voting for prorogation does not take place.  It is important to remember, therefore, that MPs are not likely to vote on this issue and have never done so. The sitting Prime Minister will ask the Queen to end the session and I understand that this has been done and that the Queen has agreed. I do appreciate that the timing of this right now brings a particular nuance but, as I understand it, it is a constitutionally correct process. It is of concern when the Speaker of the House, who is supposed to be neutral, speaks out as he has.

The length of the period of prorogation is being questioned. Since 2010 the average period of prorogation has been 8 days. In 2014 prorogation was 20-days long because it included the European parliamentary elections and the Whitsun recess. Thus the period until 14th October this year is not unusual especially when we remember that Parliament usually breaks in the last weeks of September and early October as this is when the main Political Party’s hold their annual conferences which are planned many years in advance. So much of this Recess is to attend party conferences when Parliament was not intending to be sitting anyway. This effectively means that Parliament is losing four days as a result of prorogation.

It may also be worth noting that it is only since 2003 that the House has sat at all in September. The two-week sitting in September was introduced in response to a recommendation from the Select Committee on Modernisation of the House of Commons and was intended to address concerns about the long period over the summer with no Parliamentary sitting.

Forcing through a No Deal Brexit

The House returns on October 14th for the Queen’s Speech leaving some two and a half weeks for further debate on an issue which has already bitterly divided the House. It is my sincere hope that we will have something robust to debate when the House returns. I still remain optimistic that we will see a deal brought forward during this time and that we will avoid a No Deal situation.

In the meantime I ask what we would debate? We do not, as yet, have an alternative Brexit Deal on the table for us to consider. We have already seen hours of Parliamentary time taken up with attempts to frustrate the process. I cannot see benefit in more of the same.

During the leadership election for the new Prime Minister there was talk that, if elected, Boris Johnson would prorogue Parliament for a long period so that the deadline passed without ability to challenge. I think this put some of the media and campaign groups on the starting blocks. Comments from MPs, who at the time of the leadership election commented that it would be wrong to prorogue Parliament over the deadline, are now being used to support those who say that the current arrangement is wrong. But debate on the circumstances of Brexit has not been cancelled.

Further some have suggested that Parliament has been limited in its input into the Brexit process. This is far from the case with some critical votes taking place that have shaped the process thus far. This has included the vote on holding the EU Referendum which commanded strong cross-Party support (Ayes 544 Noes 53); the European Union (Notification of Withdrawal) Act 2017 which gave the Prime Minister the power to invoke Article 50  (Ayes 498 Noes 114); and three votes on the former Prime Minister deal which all rejected the deal.

I would have more sympathy with the argument that there should be a greater respect for democracy if this had been shown by those who now take the position that they do not want Brexit at all and want to go back on the decision taken as a result of the Referendum and the pledges made in both the Conservative and the Labour manifestos. Despite having voted Remain myself, the attempts to undo the result of the referendum is not something I can support. I have watched with complete despair as over the last two years MPs who support this view have used every parliamentary procedural device in the book to try to frustrate Brexit and, with the help of the Speaker, to rewrite established conventions.

Those who ask me to put country before party do so on the basis that only their idea of what is in the interests of the country is the right one. The country as a whole voted to leave the EU; it was not a constituency based referendum. I am, therefore, acting in accordance with how the country voted at a national level. I am not going to fight the Referendum all over again at every single twist and turn of this debate and I am prepared to give the Prime Minister the chance to ensure that we have a deal.

In this highly charged situation I will now wait to see what happens when Parliament returns next week and take each step at a time. I am being presented with a range of hypothetical scenarios and asked to comment which I cannot see is helpful. At this stage it is impossible to know what will come forward and with what nuances and implications. I am not dismissing any course of action but neither will I sign up to a vague idea of a course of action that I might take.