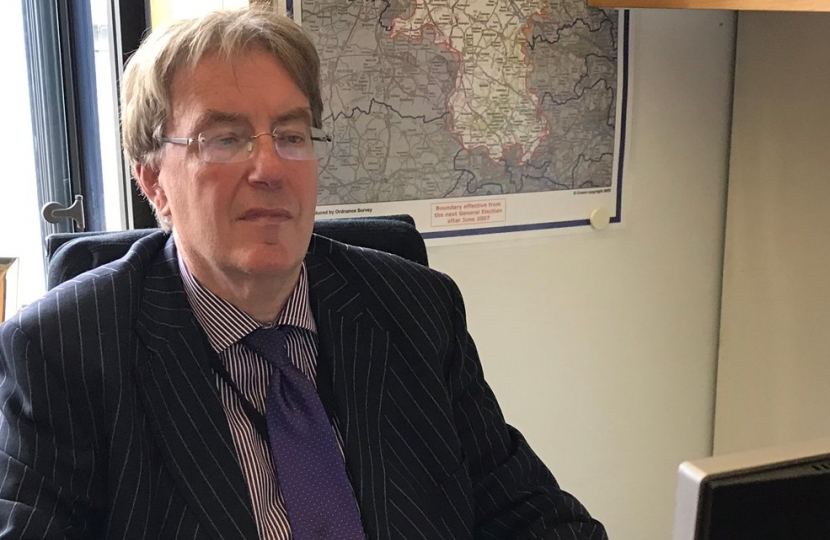 When I write on my opinion on a bill some readers assume that I am simply doing so at the behest of the Whips. Let me make it clear from the outset that I have not been called by the Conservative Whips in the House of Commons nor have I tried to call them about the Internal Market Bill we will be debating over the next few weeks. What I set out below is my own view of the Bill.

My view is that without a Bill such as this, we are looking at a quicker break-up of the United Kingdom than even the SNP imagined.  After the transition period is over, current legal underpinnings for free trade in goods and services between the four parts of the UK will simply fall away. As the Secretary of State for Business has made clear, it is quite likely that a car built in England would cost considerably more in Northern Ireland than in England.  It is quite likely that it would not be as easy for a farmer in Wales to sell his or her lamb in Scotland.  The UK operates as a single market and it is essential to keep it this way if we wish to retain a single country, however much each part may impose its own regulations.  The EU has very little interest in keeping the UK together.  I do not want to see the break-up of the UK and will do all I can to stop this happening.

The stated aim of the Bill is to provide continuity for businesses and improve competitiveness and the business environment across the UK. Trade in goods between Northern Ireland and the rest of the UK is subject to the Northern Ireland Protocol in the EU Withdrawal Agreement, so the Bill introduces special provisions to avoid discrimination in goods travelling from Northern Ireland and to ensure that they can gain unfettered access to the rest of the UK. The two essential tenets of the Bill allow goods or services which can legally be sold in one part of the UK to be sold in any part of the UK, and, to prevent parts of the UK treating goods coming from other parts of the UK less favourably than local goods.

The Bill runs into problems in terms of its relationship with the Withdrawal Agreement because it reduces the ability of the  UK authorities to introduce checks, controls or administrative processes for goods moving from Northern Ireland to Great Britain after transition and allows the UK to decide how to regulate exit procedures for goods from Northern Ireland.  It also introduces measures to deal with State aid.   These powers, the Bill claims, are legally effective notwithstanding any incompatibility or inconsistency with “any relevant international or domestic law”.  It does this by relying on Section 38 of the Withdrawal Agreement which states that “nothing in this Act derogates from the sovereignty of the Parliament of the United Kingdom”. The Bill therefore sets up a situation where UK domestic law has priority over international law.

The legal position has become unclear as a result of claims by some lawyers, the EU Commission and some politicians that this breaches our duty to uphold international law in the form of the Withdrawal Agreement.  I am by no means convinced that this is the right legal interpretation and I note the differences in opinion between many in the legal profession. Beyond this, however, there is politics.  Some have argued that the UK will find it difficult to conclude other treaties although it should be noted that this occurs at a time when we have just agreed a new trade treaty with Japan.  Others argue it makes it difficult for the UK to uphold law and order.  For some too this fits in to a view where the EU can do no wrong and must be right. They ignore the question of whether the EU has itself broken the Withdrawal Agreement. I am fully aware that many of the emails arise from organizations and people who campaigned to Remain.  I also do not believe the deliberately emotive language of ripping up the entire Withdrawal Agreement helps the situation.  Of course, two ‘wrongs’ (in the alleged actions of the EU Commission and the alleged implications of this Bill) do not make a right. In this case the wrong, it is being argued, that is done to the UK will have a long-term effect on the UK as an economy and as a country.  Many have also argued that the real breach comes about not when the Bill is passed but when it is first used and that the EU Commission has jumped the gun by demanding that clauses be withdrawn.

From my own point of view, I do not see this issue as creating a constitutional crisis although I accept that it may be that it is unlikely to be solved without access to the Courts and to the Committees set up under the Withdrawal Agreement. I do not regard the issue as black and white and quite frankly I share the frustration that is shown by the Government for the way in which the EU Commission has handled the negotiations particularly on fishing rights and State aid.  What is more I regard the integrity of the UK as an important concept and one I will protect.  For these reasons, I will listen to the debate, but I am minded to support the Bill. I still believe a trade agreement is possible to achieve and I do not see this as an attempt to stop one happening.