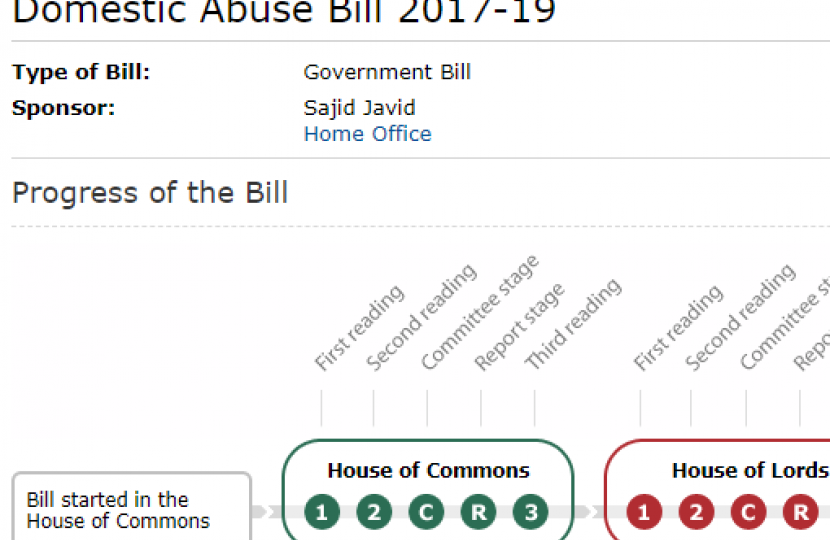 Last Wednesday, the landmark Domestic Abuse Bill passed its Second Reading in Parliament. The Bill introduces the first ever statutory definition of domestic abuse, recognising that abuse can take many different forms – including psychological, physical, sexual, economic and emotional. It will strengthen protections for victims of domestic abuse, and crack down on perpetrators. Measures include banning abusers from cross-examining their victims in court and launching new protection orders to restrict abusers.

John said: It is great news that the Domestic Abuse Bill has passed its Second Reading. It will protect victims in the Henley constituency and tackle perpetrators. I am pleased to see this cracking down on all types of crime.”

The Minister for Safeguarding and Vulnerability, Victoria Atkins MP, said: “I am delighted the Domestic Abuse Bill has passed its Second Reading – it represents a huge step forward in our response to domestic abuse and will help us to stop the cycle of violence.

The Domestic Abuse Bill and a wider package of measures will bolster the protection for victims and will help expose and bring the vile abusers to justice. It will establish a Domestic Abuse Commissioner who will stand up for victims, monitor the provision of domestic abuse services and hold the government to account. It also prohibits the cross-examination of victims by their abusers in the family courts. In addition, Clare’s Law has been rolled out nationally to protect people from potentially abusive situations. This allows the police to disclose information about a partner’s previous history of domestic violence or violent acts.