John comments on the 2019 Spending Round 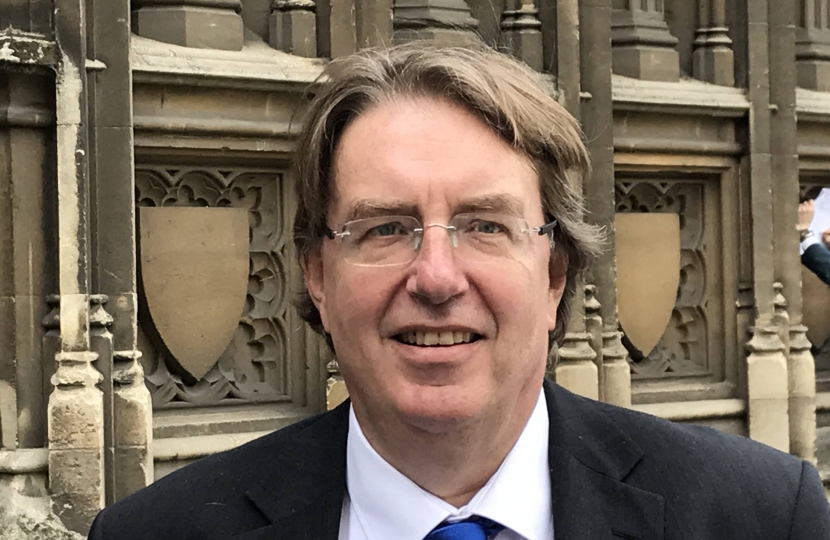 John has welcomed the Chancellor's Spending Round which delivers for the Henley Constituency:

"We now have record employment and are seeing real growth in wages. Improvements in the economy mean we can spend more now on the NHS, on our schools, on further education and on the police - all of which are important to us. Day-to-day departmental spending will grow at 4.1% in real terms between this year and next – the fastest planned real growth in 15 years."

"Over the last decade, we have had to introduce measures to ensure that we can deal with the financial mess that was left to us. This has meant controlling expenditure in a way which has come to be known as ‘austerity’. The recent spending review, however, comes at a time when we have successfully managed the economy. For example, the Government inherited the highest budget deficit in our country's peacetime history, standing at 9.3% of GDP in 2010. Since then, because of what we have done it has fallen to below 2% of GDP, the lowest it has been for 16 years. It is also forecast to fall to below 1% of GDP by 2021-22, while national debt is also now falling as a percentage of GDP. In 2009, however, the Government had to borrow a record £154bn."

“There is a lot of excellent news in the Chancellor’s statement. I am particularly delighted at this increase in schools funding which is something I have campaigned for over a number of years."

The Spending Round delivers on the Government's commitment to increase the schools budget by £7.1 billion by 2022‑23, compared to 2019-20 funding levels. This is £4.6 billion above inflation.

Next year, the government will ensure that per pupil funding for all schools can rise in line with inflation. The minimum per pupil amount for 2020-21 will increase to £3,750 for primary schools and £5,000 for secondary schools, with the primary school minimum then rising to £4,000 in 2021-22.

John said: "It is important to provide quick access to quality healthcare for those who need it and to give every older person the dignity and security they deserve. Townlands Memorial Hospital in Henley is an excellent example of this. I am pleased to see a big increase in funding to the NHS."

In the Spending Round the Chancellor has added £33.9 billion more per year by 2023-24 compared to 2018-19 budgets. There is also a £1,000 central training budget over three years for each nurse, midwife and allied health professional, as well as increased funding for wider education and training budgets to support delivery of the NHS Long Term Plan. The Local Government settlement also contains an additional £1 billion for adult and children’s social care.

The Home Office budget includes money to help reduce violent crime, with an extra £750 million next year for policing. This is part of the commitment to recruit 20,000 additional officers by 2023 and includes £45 million this year to kick start recruitment.

The spending plans also allocates funding to begin delivery of the government’s £2.5 billion commitment to create an additional 10,000 prison places, which forms an important part of the government’s wider work to reduce crime. Additional funding has been provided for crucial probation reforms that will help reduce reoffending and improve post-custody supervision.