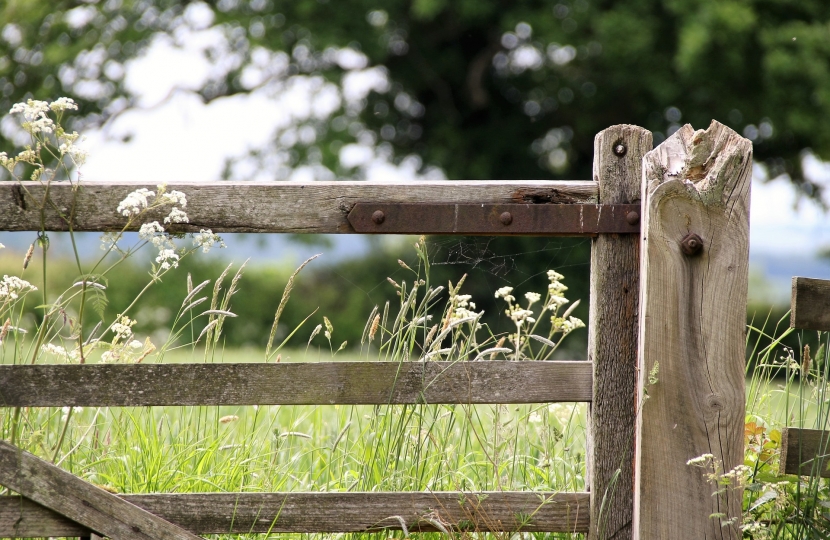 We are fortunate in South Oxfordshire to have access to open countryside in which to exercise, and it is good that people make use of it. In this current time our local farmers are noticing increased use of footpaths across their land and not all walkers and cyclists are observing the usual etiquette. When exercising in the countryside and crossing farmland we need to be aware of the needs of farmers especially in fields where there is livestock.

John said: “The problem is that people are using paths crossing farmland but without due regard to the fact that there may be livestock in fields. Gates are being left open and in some instances used tissues discarded by gates. It is also lambing season and so many farmers are under particular seasonal pressure. I understand the various concerns that people have but am asking walkers and cyclists to be aware of the needs of farmers too. At a time when we are seeing so much goodwill amongst communities I am sure that, if walkers and cyclists were aware of the issues, they would play their part in helping.”

On its website The Ramblers comment about complaints concerning landowners trying to close footpaths across their land and quotes Defra and Natural England advice to landowners but gives no explanation of the problems being faced by farmers. Cyclists too seem unaware of the problems, some travelling at high speed across farmyards where farm hands are working.

John added “I have written to Defra and Natural England to draw attention to these concerns. I have also raised it with Thames Valley Police asking them to use their communications network to draw attention to the problem. Quite often gates do need to be shut to protect livestock. Gloves can be used should people be concerned of hygiene issues. If people use tissues to open gates they really should take them home with them rather than leaving them not only as an eyesore but also as a potential hazard for others. ”