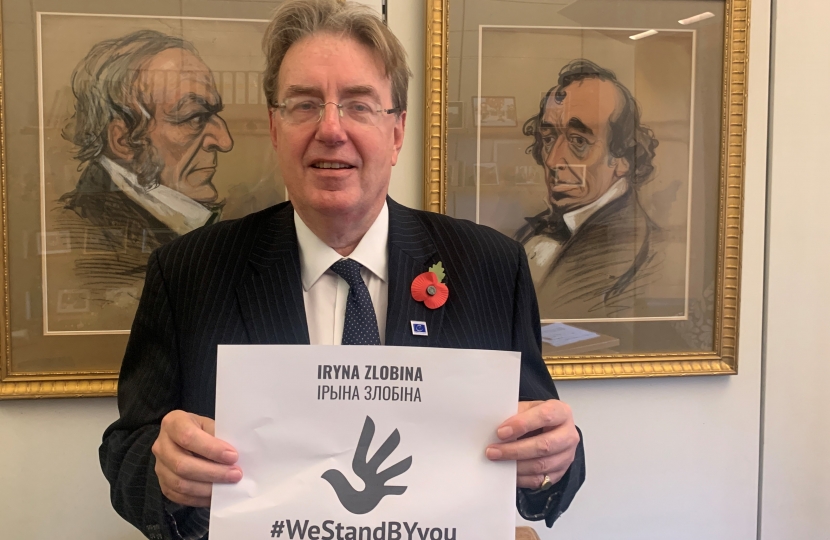 John has joined a group of international politicians to become part of a campaign to support Belarus political prisoners. The politicians become pen friends with the prisoners and provide a valuable link to the outside world during their captivity.

John has become a pen friend of Iryna Zlobina who was detained on 12th January together with journalist and media manager Andrei Aliaksandrau. She was held on suspicion of committing an offense under Part 2 of Article 342 of the Belarussian Criminal Code (training or other preparation of persons to participate in group actions which gravely violate public order, as well as financing and other support for such activities). What this means is that she had been detained for raising voluntary donations to pay the fines that had been imposed on people for attending peaceful rallies.

Belarus’s Deputy Minister of Internal Affairs Henadz Kazakevich said that Aliaksandrau and Zlobina had been detained on suspicion of financing protest activities. Since August 2020, Aliaksandrau and Zlobina had been raising contributions for those who took part in the peaceful protests in Minsk, including by paying fines and reimbursing the costs of imprisonment in Minsk.