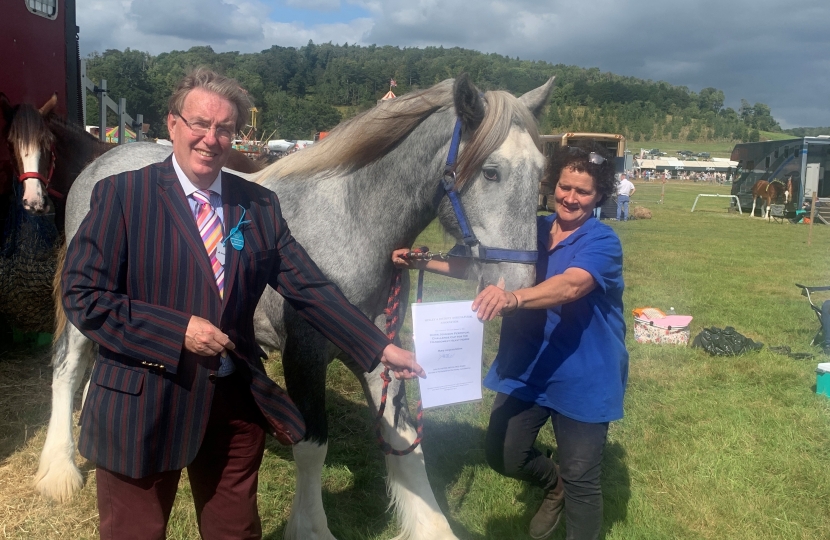 Despite the general problems in the political world – both at home and overseas  – Henley showed that life continues with a well-attended Henley Show on Saturdy 11th September 2021. As part of this, John was invited to judge the heavy horses to select the most handsom and award the Boris Johnson cup.  John chose a grey named Sir Elliot (see picture) which is jointly owned by Vicki Bowler and Sharon Harry.

John said: "It was a pleasure to be able to participate in the show this year and to share a brilliant event with the people of Henley and the surrounding area.  It was great to be out and about and to be able to meet again.  I particularly enjoyed judging the heavy horses again and selecting the handsomest.  This is always good fun and a welcome addition to the Show.”

The owners of Sir Elliot were presented with a certificate since the Boris Johnson cup was not available to be awarded.

Another fall in unemployment for the constituency

The number of unemployment benefit claimants in the Henley constituency is down another 65 this month and now stands at 1,460.  This is a rate of 2.5% of the population between 16 and 64 which is exactly half the UK rate.  The figure of those unemployed who are 18-24 was 20 lower.