John appointed leader of UK Delegation to Council of Europe 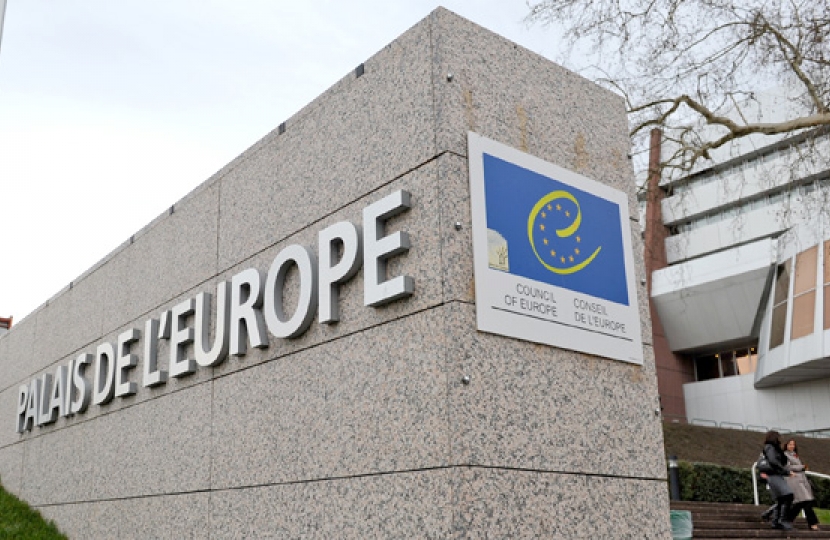 John has been invited by the Prime Minister to become the Leader of the British delegation to the Parliamentary Assembly of the Council of Europe.  The British delegation is a cross-party group of MPs drawn from the Conservative, Labour, SNP and DUP parties. It consists of 18 MPs together with another 18 alternates. The Council of Europe is a non-EU organisation of which we, therefore, remain as members beyond Brexit.

The Council of Europe was founded in 1949, in the wake of the Second World War, to uphold human rights, democracy and the rule of law in Europe. It has 47 member states and remains an important link with our wider European neighbours. The Parliamentary Assembly is made up of parliamentary representatives from the members states and has to reflect the political balance of the country.

The Council meets in Strasbourg for plenary meetings which cover a range of topics including climate change, sexual discrimination, the treatment of refugees, conflicts between member countries such as Russia and Ukraine, and the monitoring of how well countries confirm to the three aims of the Council. It is also the lead organisation for monitoring elections across Europe.

John said: “I am honoured to have been asked to do take on this appointment. The Council is one of the principal ways in which the British Government can continue to prove that we are the best possible allies, partners and friends of our European neighbours. It is a crucial part of our foreign policy objectives.”

Amongst other organisations that are part of the Council of Europe is the European Court of Human Rights to which members of the Parliamentary Assembly elect the judges.