HGV Drivers - Brexit not the issue 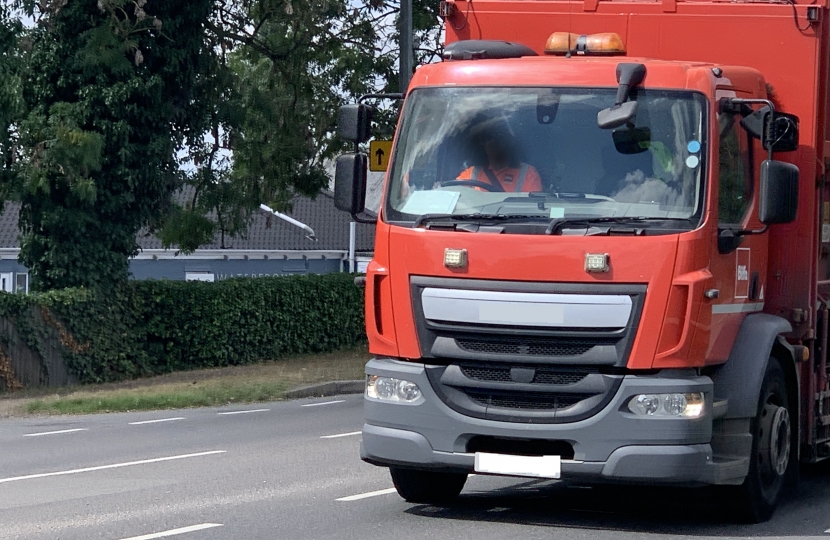 In often simplistic analyses, some are trying to blame the shortage of HGV drivers on Brexit and Brexit alone. This is without any understanding of the deep problems faced by this sector.  I am surprised that many of these observers want a return of the status quo where drivers are paid a pittance, work long hours, have to sleep in their trucks, have very few washing and ablution facilities and few eating opportunities, and have nowhere secure to park. I appreciate that it is frustrating when bins are not emptied on time or if there is a limited a choice of fresh vegetables, however it is important that we address these issues in a sustainable way going forward.

Labour shortages amongst HGV drivers are longstanding and this is a problem which also affects other countries such as Italy. This situation has been made immeasurably worse by Covid which has restricted the ability to travel, making it more difficult to operate HGV vehicles. Many drivers from the EU appear simply to have stayed at home. This has led to a shortage of HGV drivers across Europe. In addition, the absence of driver tests, which many drivers pay for themselves, has meant that younger people have simply not been processed through the testing regime and do not stay in the business for long  The average age of an HGV driver is, therefore, 55 and many are seeking to retire.

There is also an issue about pay rates for drivers which remain low and there is a major issue about the conditions under which drivers have to drive.  Finally, the recent tax changes known as IR35 have also played their part. Brexit itself has been incidental to this. It is true that the problems we have seen at borders, with an increase in bureaucracy, originally had an effect on drivers’ willingness to use the UK but this is an opportunity to modernise border controls and make trade as easy and frictionless as possible. The Government is doing this. While It is still early days, it would be helpful if the EU had not introduced full customs procedures at 1 January 2021 and had waited, as the UK has done, until 1 January 2022 to allow time to address the problems.

In the meantime, from 12th July, a temporary extension of drivers' working hours, giving flexibility to drivers and operators to make slightly longer journeys has been introduced by the Government. To ensure driver safety is not compromised, operators must notify the Department for Transport when this relaxation is used. More broadly, in order to support the development and training of more HGV drivers, the Government is supporting the development of apprenticeships, including a standard to train lorry drivers. A revised standard will be available in August attracting £7,000 in apprenticeship levy funding.

The Department for Work and Pensions is also developing a scheme to train jobseekers in HGV driving. The Flexible Support Fund is available to help the unemployed or those in receipt of Universal Credit renew their Driver Certificate of Professional Competence (CPC). I understand that the Department for Transport has also provided a grant for the non-profit initiative Road to Logistics to train military service leavers, ex-offenders and the long term unemployed to move into jobs in the logistics sector, including lorry driving.

Another issue is driver testing, which was suspended during the lockdown. I welcome that testing has now restarted, and DVSA is making available 3,000 slots per week for vocational tests. This is double the number of LGV tests normally conducted each week before the pandemic.