The ECtHR - a UK strength 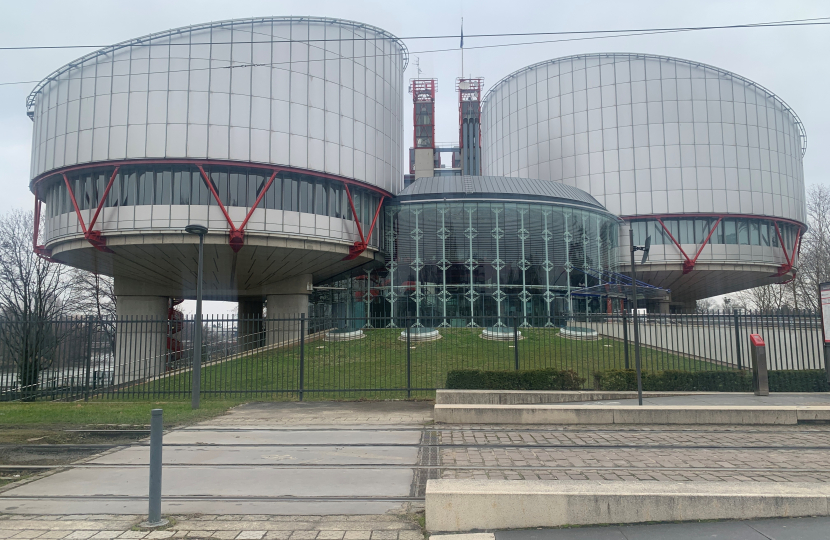 “A sledgehammer to crack a legal nut”: The European Court of Human Rights and an interim measure

The quote in the title comes from an article by the former Lord Chancellor Sir Robert Buckland in which he criticises those who want to pull out of the European Convention on Human Rights for its interim decision in the case of K.N. v. the United Kingdom. This press release is in response to that interim decision.

The Court has issued an interim measure that an individual cannot be deported to Rwanda until three weeks after the delivery of the final UK decision in the ongoing judicial review proceedings.

“The ECtHR has not been imposed on the UK. We are a founding member of the organisation. It is not a foreign court but one where we share the responsibility for ensuring that common standards of decency prevail across Europe. The UK has its own Judge at the Court who was elected by all the countries represented on the Parliamentary Assembly of the Council of Europe. It is, in other words, a body in which the UK has full participation and membership.

“There is a legitimate debate to be had about the role of the Court and whether it has become effectively the ‘supreme court’ of the wider Europe. But that debate is separate from the current decision and is not being allowed to happen because of current concerns about its influence.

Sir Tony Lloyd MP, who leads the UK Labour MPs and Peers on the Council of Europe, added: “The UK simply cannot tell other countries what to do with their human rights and not accept that it too is part of a greater network of human rights decisions. It cannot criticise the human rights records of Türkiye or Russia and not accept that just occasionally – and it is very occasionally – we too will be criticised. Simply because a judgment appears to have gone against us, we cannot just storm off.”

According to the Country Profile of the UK published by the Court, in 2021 the Court dealt with 215 applications relating to the UK of which 205 (just over 95%) were dismissed as inadmissible.