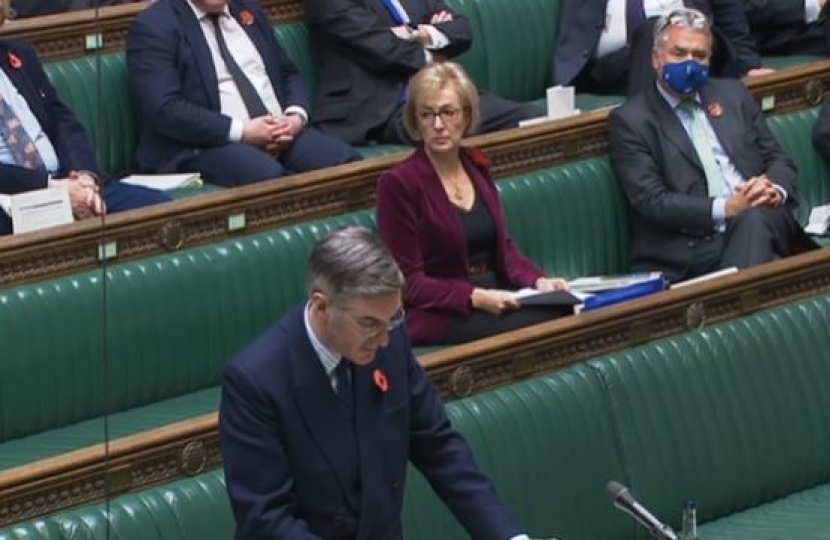 Much has been made in the media of the Third Report of the Committee on Standards relating to Owen Paterson MP. It is a matter of record that I supported the amendment to the motion before the House as set out by Andrea Leadsom MP -  the Leadsom Amendment. In this note I have updated my initial comment to take account of what has come forward as a result. However had it not been for the debate yesterday we would not have got to this situation now.

Whilst the debate about the case of Owen Paterson has given some the opportunity to make accusation of corruption, as the highly offensive nature of some emails that I have received shows, there is more to it. Yes, the problems over the process of the Standards Committee came to the fore over one case and it is fair to ask why. The reason quite simply is that systems are rarely reviewed or questioned until something which is inherently unfair comes to light.  The amendment which I supported asks that MPs are given the same legal rights as those subject to investigation throughout the country. I have been very clear all along that I make no comment at all on whether I believe that Owen Paterson is guilty of any wrong-doing. I have no knowledge on which to do so. I supported the amendment out of my serious concern on process and inherent unfairness.

As the Leader of the House has said today (4 November) two issues, that of an individual case and that of general concern, have become conflated. I am pleased that they are to be separated. We now have out in the open the widely shared concern over the workings of the Standards Committee and it is good that the Chairman of the Committee has supported the need for review and agreed that the system could be improved. I fully support the view that the two issues should be kept separate.  This is all the more important now that Owen Paterson has resigned as an MP.

Opposition parties have, not surprisingly, made much of this and done their best to take advantage of an unfortunate set of circumstances. I hope that they will now be equally as quick to accept the need for change and the willingness of the Leader of the House to acknowledge the faults in the process as they were to condemn. I hope too that those who have been quick to condemn and abuse me and my colleagues will also reflect on their words.