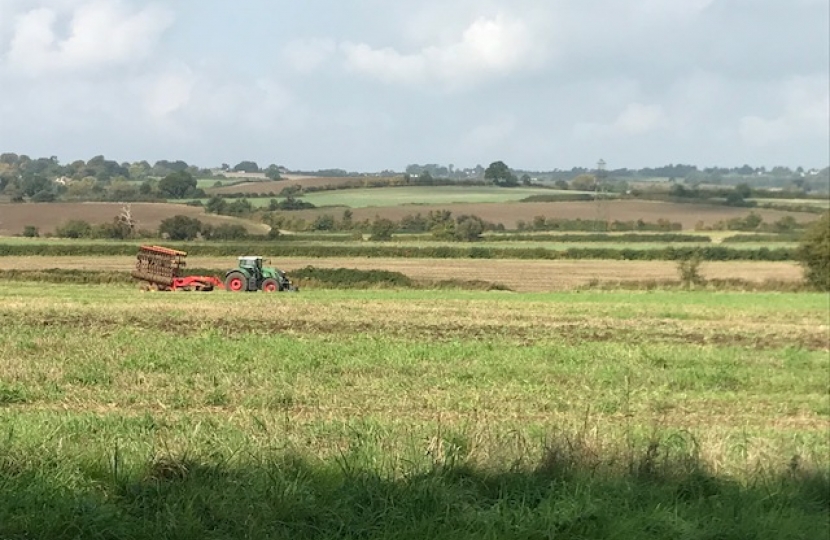 A number of people claim that the Agriculture Bill sets out to reduce animal welfare and food standards. This is a misunderstanding of the Bill. It does neither of these things.  It is not about international trade but rather is a domestic bill which sets the framework for a gradual seven-year transition which will allow ambitious new land management schemes to be introduced in England, based on the principle of public money for public goods. This means that farmers and land managers who protect our environment, improve animal welfare and produce high quality food in a more sustainable way can be rewarded for their work. The Bill will also help farmers to stay competitive, with measures to increase productivity and to invest in new technology. As such the Bill focuses on social, economic and environmental issues and, in my view, amending such a Bill to include legislation on international trade would be out of place.

I remain fully committed to ensuring that our high environmental protection, animal welfare and food standards will not be compromised in trade negotiations. At the end of the transition period the Withdrawal Act will convert all EU standards into UK domestic law. This includes a ban on using artificial growth hormones in both domestic and imported products and ensures that nothing apart from potable water may be used to clean chicken carcasses. Any changes to these standards would have to come before Parliament and Ministers have made clear these standards will not be watered down in pursuit of any trade deal now that the UK has left the EU.

Further the Government has committed to a serious examination of what could be done through labelling in the UK market to promote high standards and high welfare. Any scheme could not be devised until we have competed the transition period and would need to recognise World Trade Organisation (WTO) obligations.

The Agriculture Bill should remain a domestic Bill. This does not mean that we open the door to low animal welfare or imports that would undermine our farmers. I recognise the importance of this and will continue to work with colleagues, Government and representative organisations such as the NFU and Countryside Alliance on this.

If you would like to know more you can read a good summary of the Bill and analysis of proposed amendments given by the Minister in Hansard at this link.